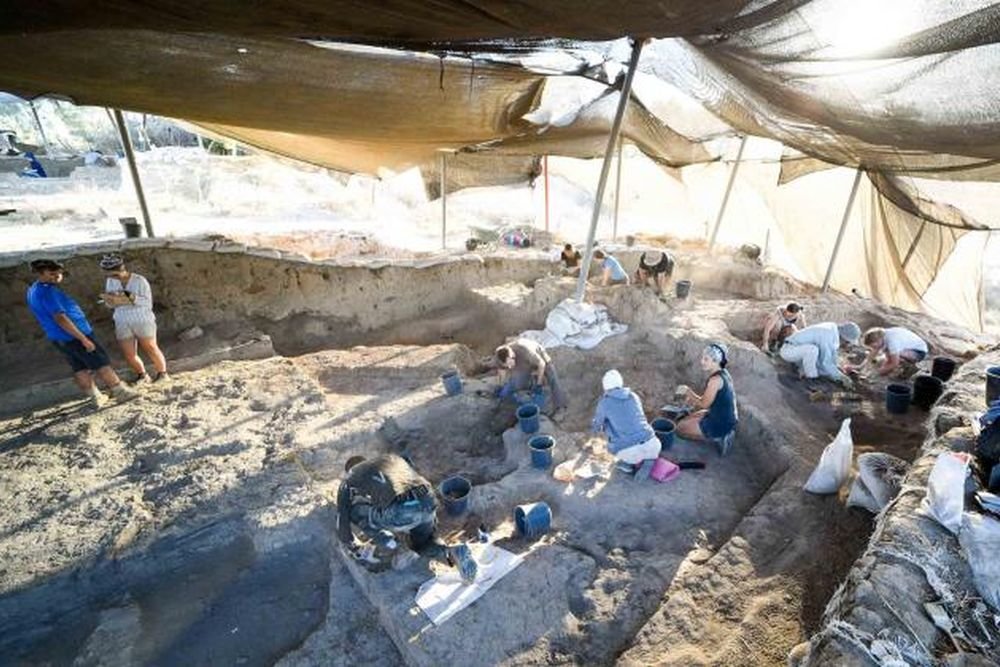 A mission of Polish archaeologists working in the ancient site of Tel Erani in Israel discovered a wall, ruins of buildings and household items indicating the presence in ancient times in this region of immigrants from Egypt.

According to Science in Poland, the excavation was carried out by a group of researchers from the Institute of Archeology of the Jagiellonian University in Krakow. For six years, scientists have studied the ruins of a city founded, presumably, in the early Bronze Age.

The results of the current season allow us to say that archaeologists have discovered traces of the presence of immigrants from ancient Egypt in this place. According to scientists, the excavated city generally began its history as an Egyptian trading post.

The study showed that the local community was very organized. By the way, during the excavations, scientists discovered the remains of an older structure under the “new” building. Its architecture suggests that it was built by newcomers from the Nile, probably representatives of the mysterious ancient Egyptian civilization of Nagada.

According to Dr. Martsin Charnovich, this conclusion is based on the found forms for baking bread, household items and ceramics. It is believed that the period of existence of the Nagada culture did not last very long – from about 3150 to 3050 BC.

Findings may indicate that Tel Erani was one of the first places in the region where the Egyptians came. The fact is that under the cultural facilities of Nagada a layer was discovered in which there are no traces of human presence. That is, the aliens from the Nile were the first settlers.

Estimated date of construction of the city, archaeologists set the age of the wall, which was excavated a year ago. The analysis showed that it was erected over 5300 years ago.

According to Charnovich, this wall was probably truly gigantic. Scientists tried to determine its initial size using georadar. However, to obtain accurate results failed due to the many fragments of shells and ammunition left in the ground after the battles of 1948-1949.

“Perhaps next year, during the next field season, we will still be able to replenish our knowledge about the length of this wall,” says Charnovich. “We are extremely curious to find out how far this ancient structure of this type extended in Israel.”