A computer program easy to forge the handwriting of any person 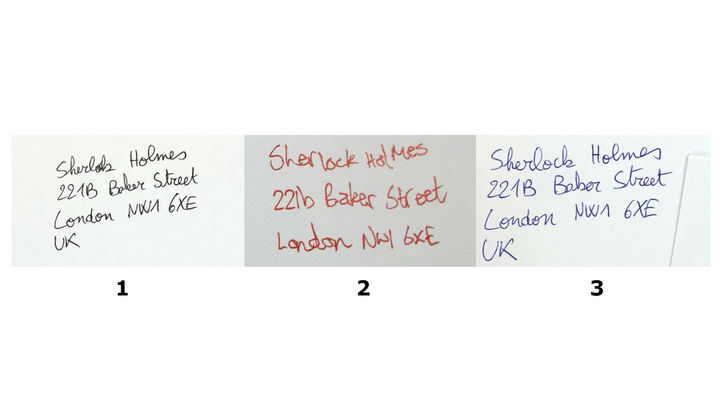 With the end of the twentieth century, printed text was gradually superseded handwriting, and today, many people cannot remember when they last wrote a pen on paper. But a team of researchers from University College London have created a program that can bring the interest for handwritten text, albeit in a new key. A computer algorithm analyzes and exactly reproduces the handwriting of any person.

The program, called My Text in Your Handwriting, it requires only a few lines written by man to adapt to his style of writing and create a unique font for any new text.

Our software has many options of use, ” says first author Tom Haines – for Example, stroke victims can write a letter to his smooth handwriting without assistance, or when sending flowers and gifts through the Internet will be able to add a handwritten note, appearing while in the store. The software also can be used in comics: the handwriting can be translated into multiple languages, preserving the original style of the author.

E-the algorithm is based on the analysis of individual glyph, a unique graphical symbols, which each of us different writes of the same letters. As a rule, these differences are small, but the spacing between the letters, the slope and smoothness of lines, you can learn the original style of each person.

In order to recreate the handwriting, the program analyzes and remembers such features of writing as the thickness and color of the lines connecting adjacent symbols, the vertical and horizontal spacing.

Until now, the only way to generate computer text, which is similar to the handwriting of the person, was the use of an appropriate font, says study co-author Oisin Mac Aodha. – The problem with these fonts is that often clear – the text was not written by hand, as deprived of the characteristic features of handwritten letters. Our design solves this problem and can be used in a variety of commercial and personal circumstances.

So, the new system allows to reproduce the handwriting of famous historical figures. The authors of the work published in the journal ACM Transactions on Graphics, managed to copy the writing style of Abraham Lincoln, Frida Kahlo, and Arthur Conan Doyle. (You can imagine what will this mean for scientists, the attribution of certain words of the historical figures.)

To test the efficacy of its development, the scientists suggested that the group volunteers to read the inscriptions on the envelopes and try to guess, they are written by hand or created on the computer. As a result, people mistook the computer for handwritten text in 40% of cases.

Given how convincing the new program reproduces the handwriting, the question inevitably arises whether the attackers to use it, for example, for the forgery of documents? But, according to the developers, the new approach, on the contrary, will help to recognize counterfeits.

Graphological and forensic medical examination is still done manually, but we can use our program to describe the characteristic features of each style and to assess the likelihood that it has been tampered with, – says study co-author Gabriel Brostow.