A creepy big-eyed cockroach was found in amber. He is 100 million years old 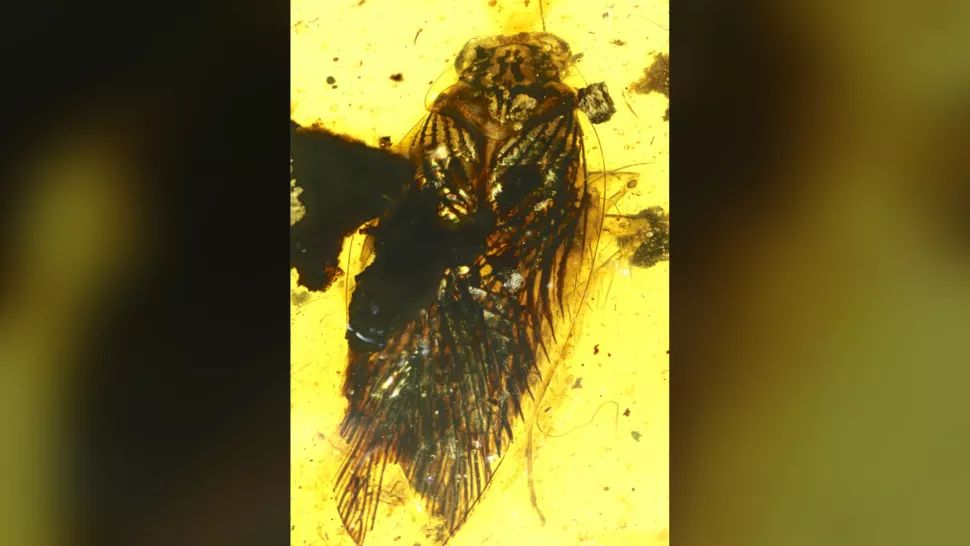 We all know that cockroaches are nocturnal. Surely, many have seen at least once how cockroaches scatter if you turn on the light in the kitchen. However, their ancient relatives probably behaved in exactly the opposite way. The 100-million-year-old cockroach, stuck in amber, has huge eyes that suggest it searched for food during the day in sunlight.

Researchers already knew about the existence of this unique, now extinct species, known as Huablattula hui, but this is the first time they have been able to study its eyes in such detail.

“The cockroach specimen is remarkably well preserved and shows many morphological features in great detail,” said Ryo Taniguchi, lead author of the study from Hokkaido University in Japan.

Animals use their senses to navigate, find food, avoid predators, and find mates. Since the sense organs often adapt to a particular way of life, scientists can learn a lot about the characteristics of certain creatures by examining each of their organs that collect sensory information. For example, owls have asymmetrical ears, which allow them to locate the source of a sound with the highest accuracy, while deep-sea fish often refuse eyes that are useless in the darkness of the ocean.

However, when it comes to extinct species, especially insects whose delicate eyes and antennae are poorly preserved in fossilized deposits, the study of the sense organs is extremely difficult.

“Insect organs are rarely preserved in sediment because they are small and fragile. One way to solve this problem is to study the exceptionally well-preserved amber fossil material,” says Taniguchi. 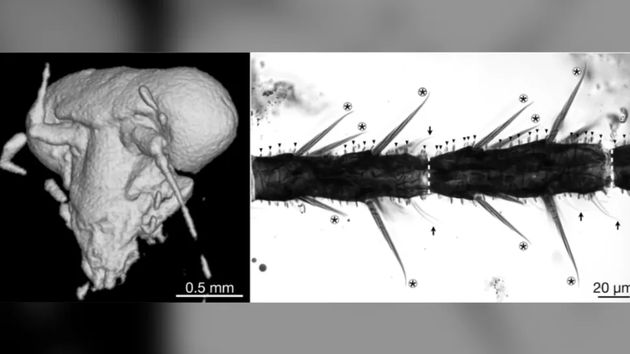 The cockroach Huablattula hui has larger eyes (left) and fewer antennal sensilla (right) compared to modern cockroach species. This indicates that these creatures were active in brightly lit and open areas during the daytime.

Amber is able to ideally preserve the tissues of small insects. This is exactly what happened to a male cockroach, H. hui, about 100 million years ago, when it got stuck and died in a clump of tree resin that later petrified.

Taniguchi and his colleagues at the universities of Hokkaido and Fukuoka used macro photography and micro-CT to study the cockroach’s unique and intact sense organs. They revealed the features of the insect’s vision.

As a rule, modern cockroaches have underdeveloped eyes, which is compensated by the presence of highly sensitive “sensor sensors” on their antennae. On the contrary, this ancient species had well-developed compound eyes, but also had sensory sensors on the antennae, like its modern relatives.

“These morphological features indicate that this species relied on the visual system during foraging and predator detection” – Ryo Taniguchi.

Based on these sensory structures, it’s likely that this ancient cockroach behaved more like modern mantises, close relatives of cockroaches that are active during the daytime, Taniguchi explains.

This discovery suggests that the ecological diversity of cockroaches was much wider in the distant past than it is today. The vast majority of the 4,600 living species of cockroaches are adapted to spend most of their lives in the dark. However, modern “nocturnal” cockroaches are not descended from H. hui. On the contrary, this cockroach represents another branch of the family tree, which may have become extinct due to competition with other insects.