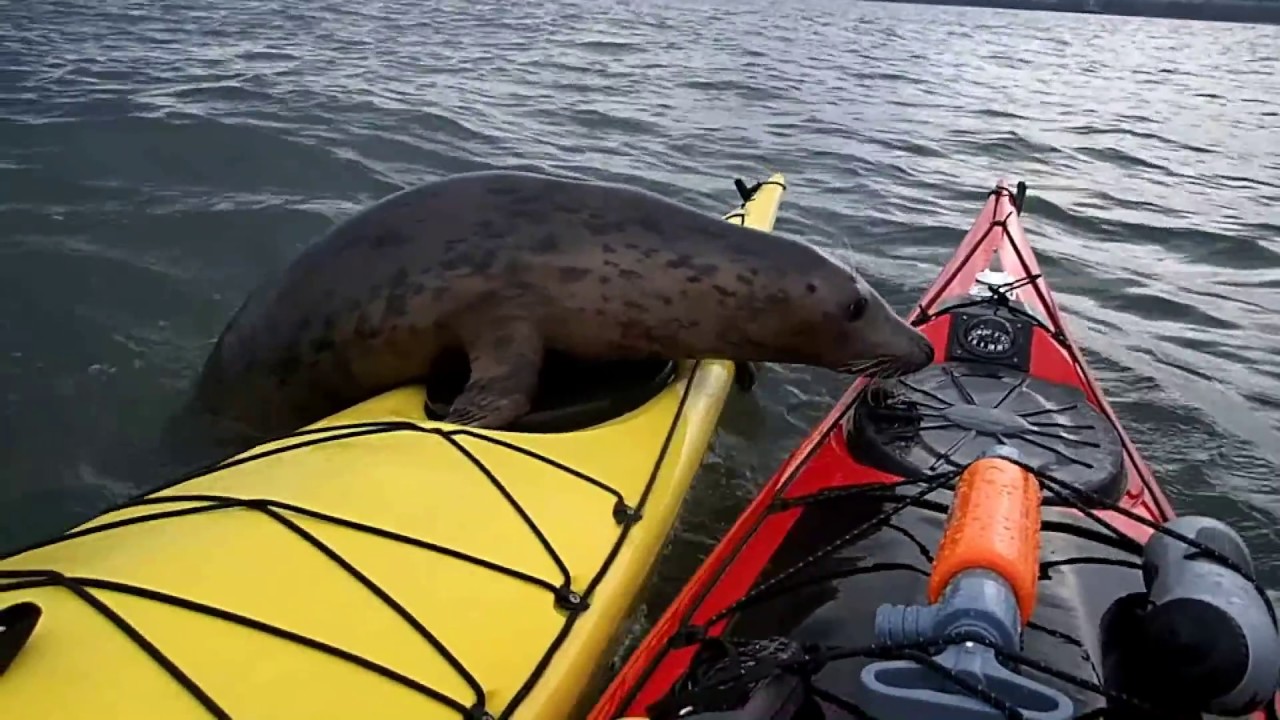 In Scotland a man witnessed as a marine animal shows a lot of interest not only to man, but also his things. A seal swam behind the canoe Scot when he arrived, he began to study equipment sports boat and show nedyuzhy interest in the “captain” of the boat. Emboldened, animal and even climbed on the boat.

Long floppy animal was accompanied by the paddler and his companion, disappear into the depths of the sea, appearing again and scarykiuys on kayak.