A device is created that increases intelligence by 40% 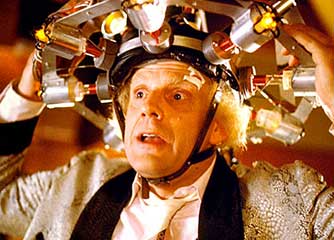 The invention is a headpiece that provides a non-invasive electrical shock to the front of the frontal lobes of the brain. The use of the device, as its authors assure, causes positive changes in the connections between different parts of the brain tissues.

The target was chosen not accidentally. Scientists believe that this area of ​​the brain controls many executive functions, including decision making, cognitive control and the search for contextual memory. Stimulation of the cortex in this place has a significant effect.

Before testing for US servicemen, the device was tested on macaques, which showed impressive results. Their indicators of mental processes increased by 40%. If before the stimulation to seek rewards for associations between the visual stimulus and the real place in primates took about 15 seconds, then after using the device – only two. On average, the monkey required up to 22 lessons to complete the task. After the impact of the experimental novelty, they were trained for 12 lessons.

Now, the development team expects a positive decision from DARPA regarding the testing of servicemen.

According to the forecasts of the World Health Organization, by 2050 the risk of senile diseases (dementia) will increase. To date, the world has about 47 million people with similar forms of the disease.