A dinosaur plant was found that was considered extinct 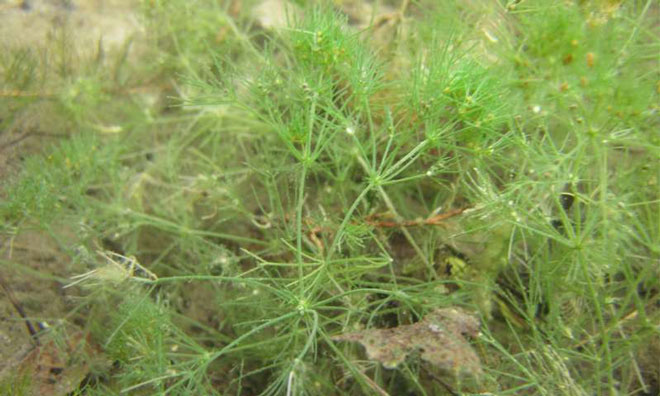 Scientists have discovered a plant of the dinosaur era, which was thought to have long been extinct in North America. Previously it was assumed that Lychnothamnus barbatus, large green algae, disappeared from the mainland even before the giant reptiles.

“This suggests that we do not know as much about the Earth as we could,” says Richard McCourt of the University of Drexel (USA). “The survival of Lychnothamnus barbatus has no global significance for ecology, but it changes our perception of the composition of the algal flora of North America and inspires new searches.”

“Almost immediately we realized that we were dealing with what was considered extinct, since the algae were different from any other species we saw in North America,” McCourt says. “But we need to identify them and conduct DNA analysis.”

Lychnothamnus barbatus is a rather rare species that belongs to the algae. It is known that these plants inhabited Europe and Australasia (Australia, New Zealand and Papua New Guinea).

These algae are quite long (about 30 cm) and have a distinctive shape. Why did not they notice him? “We could not miss this view – maybe he returned to the Midwest again,” explains McCourt.

How could Lychnothamnus barbatus enter North America and the Midwest? “The view could be contained in ballast water on ships and along with it get into the sea route of St. Lawrence and the lake,” McCourt said.

However, there is a possibility that Lychnothamnus barbatus has always been here, and they simply were not noticed.

There is a chance that this dinosaur-era plant has survived somewhere else in North America. “We look at both, but mostly in places where other harvous algae, known to us, live,” says McCourt. “So if Lychnothamnus barbatus is here, we’ll find out.” The only problem is finding the right places. “