A double sun halo in Alaska 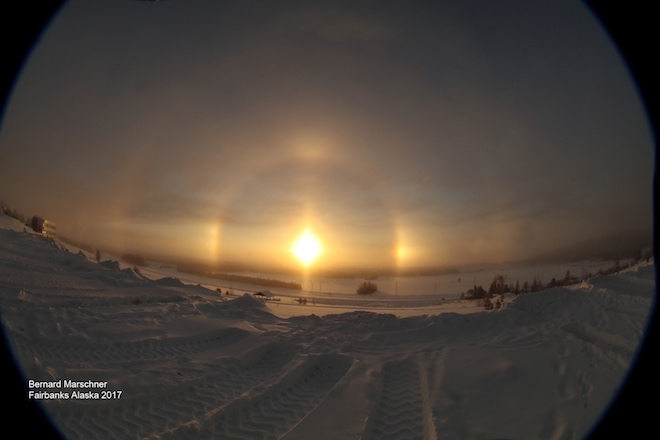 Winter storm walked through the city of Fairbanks in Alaska. During its peak, “he left a lot of ice crystals in the air,” says a local resident Bernard Marsha. “We saw a beautiful sight — a sun halo, including a double, January 17,” he says. 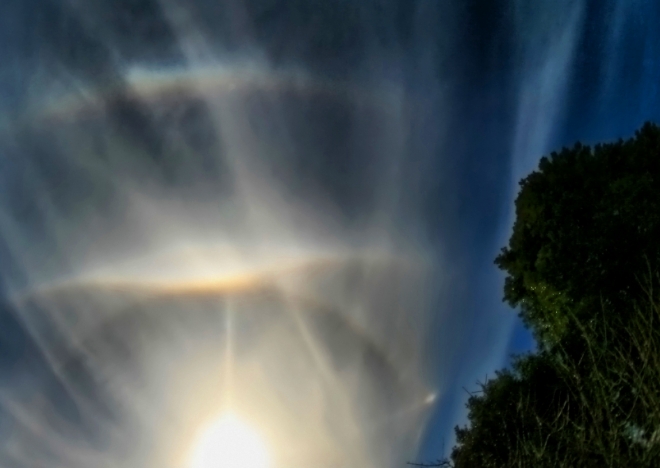 The inner ring — a common 22-degree solar halo, which was formed by passing sunlight through ice crystals in the form of hexagonal prisms. The outer ring — something a little more exotic. “This is the 46-degree halo, explains atmospheric optics expert Les Cowley. — They are more rare than is written in the textbooks and on websites”.

And 22-degree and 46-degree halos are formed due to the same ice crystals in the form of hexagonal prisms, but the 46-degree halo is very dim, and they are almost always impossible to see. Therefore, when the outer ring is seen, usually it’s some other phenomenon. “Upper tangent arc, halo, — defines Cowley. — They are formed when the hexagonal columnar crystals arranged in a horizontal row in the air, and can impersonate the 46-degree halo.”