A drone flew over the ocean 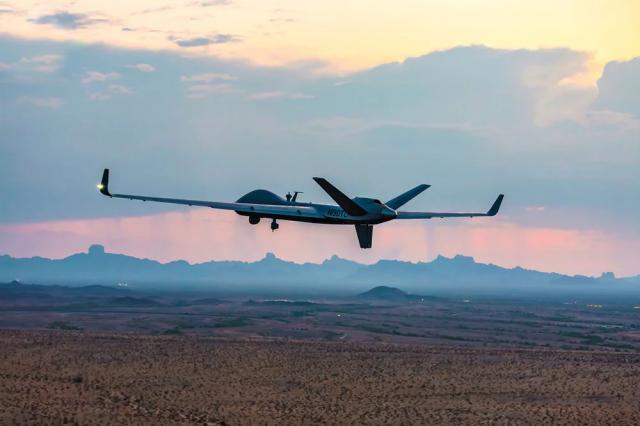 The SkyGuardian drone, created by General Atomics Aeronautical Systems, made a transatlantic flight.

Having flied from an airbase in North Dakota to the United States, he landed in Gloucestershire in England. The flight lasted 24 hours 2 minutes. Drone became the first medium-altitude unmanned vehicle for a long flight that flew across the Atlantic.

MQ-9B SkyGuardian has a wingspan of 24 meters. The device is equipped with a turbo-screw engine Honeywell TPE331-10. He is able to lift a cargo of 2.1 tons.

The maximum speed of the UAV is 389 km / h. SkyGuardian is able to fly more than 40 hours at an altitude of up to 12,2 thousand meters.