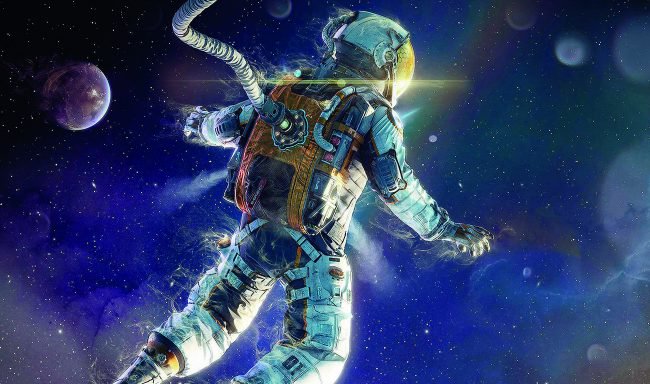 One of the main problems of space exploration is not so much the lack of oxygen and food (all this is successfully synthesized and grown on the same ISS already today), and cosmic radiation. The radiation background of ionizing radiation outside the magnetosphere that protects us is hundreds of times higher than on the surface of our planet. And the tissue most affected by cosmic radiation is the nervous tissue of the brain, which breaks down very quickly. But recently a medicine has been invented that will help to cope with damage to brain cells.

Often, people who have been in space for a long time, there are disorders of cognitive functions and a number of other neurological abnormalities. It was with these manifestations and decided to fight scientists from the University of California in San Francisco. They decided to use the experimental drug PLX5622, which is currently undergoing clinical trials as an anti-cancer agent. The principle of action of the PLX5622 is the blocking of the CSF1R receptor, which causes the activation of damage to the nervous tissue during radiation damage.

On the basis of one of the NASA laboratories, namely the NASA Space Radiation Laboratory in New York, the experts studied a group of mice. They were irradiated with radiation comparable to the cosmic level, and then divided into two groups. One for 15 days received PLX5622, and the second remained without treatment. As a result, after 90 days, the second group left without a medicine began to show long-term effects of radiation like disruption of cognitive functions, nervous system disorders and perception, while the first group remained completely healthy.

In the course of further experiments, it was found that a large number of activated immunocytes (microglia) of the nervous system, as well as destruction of a large number of synapses, were found in the brain tissue of diseased rodents. Thus, it has been suggested that the PLX5622 suppresses the activity of microglia, which does not lead to damage to brain cells. But the biggest pole of the drug is that it protects the brain tissue even after a fairly long time after the course of treatment, which means it is quite suitable for long space missions.