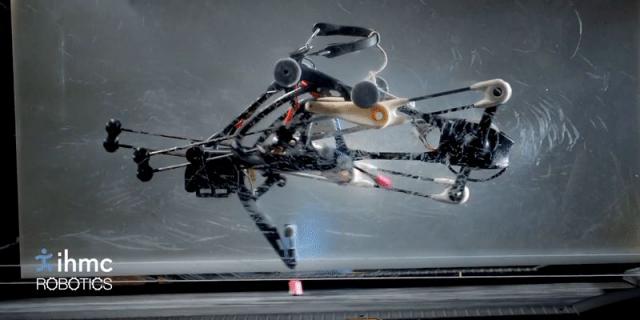 Specialists from the IHMC Institute have created a two-dimensional robot that resembles an ostrich. He develops a speed of 20 km / h along the treadmill. According to the developers, if such a robot is made the size of a person, then the device would run at a speed of 30-50 km / h.

The robot has one electric motor, which drives two legs. During the demonstration, the device was placed between the panes, however, as the developers say, the robot’s design allows it to maintain balance while moving.