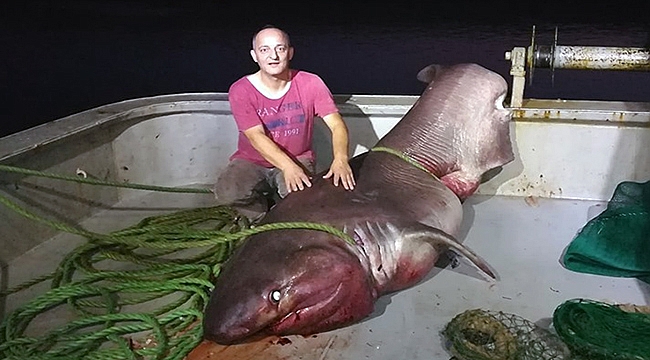 A five-meter shark weighing about one ton fell into the network of fishermen in the Turkish province of Canakkale, NTV reported on Thursday.

It is noted that the fishermen were stunned by the gigantic size of the shark caught in the Aegean Sea and took many pictures of the sea predator, sharing them on social networks.

Several species of sharks live in the waters of the Mediterranean and Aegean Seas, most of which are not a threat to humans.