A flexible solar cell with a thick sheet of paper 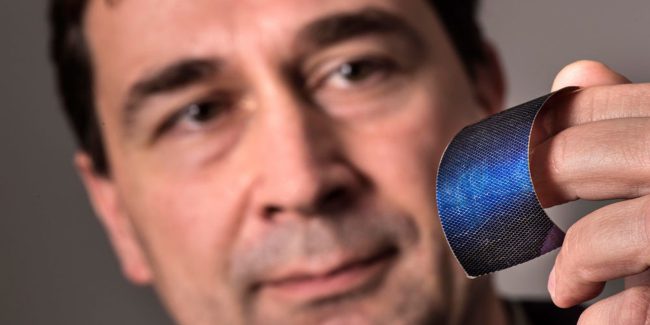 American mPower Technology has developed a thin, flexible and lightweight solar panel, easy to besiege, for example, a drone or any gadget greatly enhanced the functionality of any surface.

The development is called “Dragon SCALE”, as its appearance is really more like a scale than a solar panel. Developers have reported that their panels are flexible and thin as paper, and their production cost is substantially cheaper than the production of conventional solar panels, the technology of production allows to make more reliable and efficient compared to other modern analogs of the elements.

To bend conventional silicon solar panels, as they will break immediately “scales” does not have this drawback, so we will soon be able to change the market of solar electric power, — said Murat Okandan, head of the mPower Technology.

The developers are confident that the properties they develop will allow new insights on the use of solar panels. Indeed, when the “dragon scales” will be on sale, it will be to wrap even the downspouts, spacers or pillars and even trees, turning them into solar panels, and more leaf can be glued to the roof of the car, making it more environmentally friendly, nonvolatile and modern.

Prices and timing “scales” the developers have not yet reported.