A fossil has been discovered that has preserved a whole flock of fish. 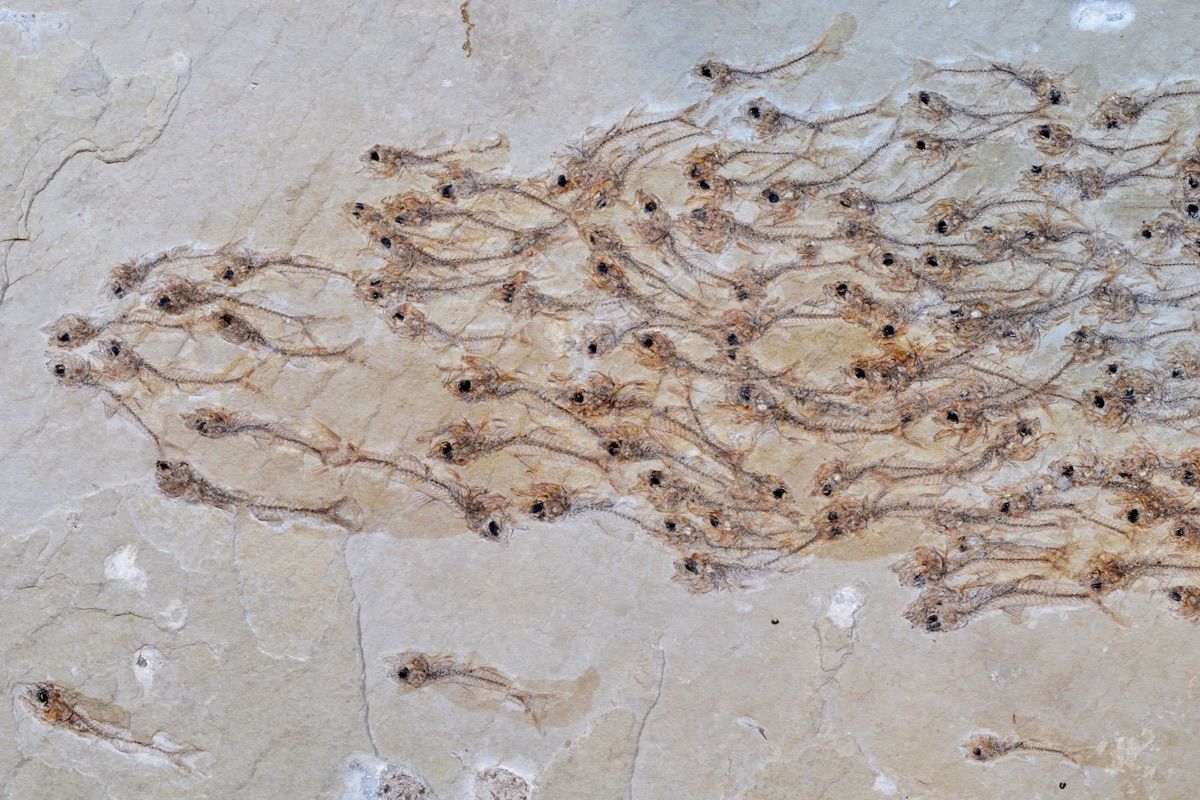 A unique imprint recorded in the stone hundreds of small fish from the flock that lived more than 50 million years ago.

A limestone slate plate was spotted in one of the Japanese museums. She arrived here from an excavation site on the famous North American formation of the Green River. Located in the territories of the present states of Colorado, Wyoming and Utah, the formation retained evidence of the Eocene epoch, which lasted between 56 and 34 million years ago. It was then that most of the modern mammalian orders took shape, and the fish had already demonstrated developed social behavior.

This conclusion was reached by Nobuaki Mizumoto and his colleagues at the University of Arizona, who investigated the unique fossil. In an article published in the journal Proceedings of the Royal Society B, they note that the movement of fish recorded in the stone is clearly agreed, pointing out that even then they had long and confidently interacted with each other in flocks. This behavior is indeed considered very ancient, but there is very little direct evidence of this. 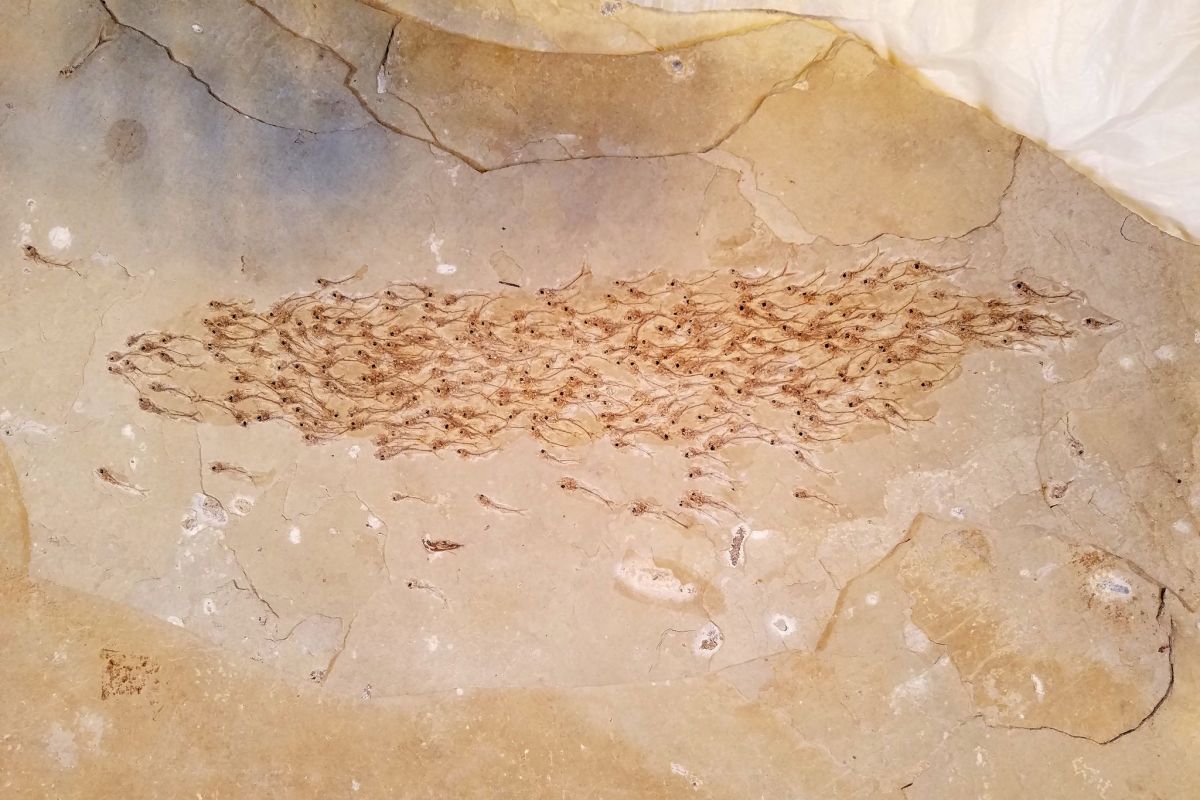 The authors counted a total of 259 small fishes of an extinct species Erismatopterus levatus. It is difficult to say exactly what killed them, fixing in this position: it could be, for example, the collapse of the coast or the dunes. One way or another, the fish were captured as if in a photograph, and out of a total of 259 pieces, only a few “got rid of” the pack.