A helmet with augmented reality for pilots of F-35 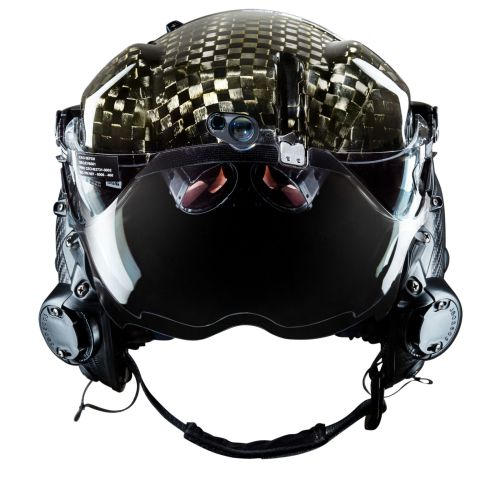 A Gen III helmet with the built-in display gives the chance to the pilot to look round around so as if all cockpit of the airplane is made of glass.

The F-35 fighter is equipped six with infrared cameras and sensors which sent this only to a command on Earth earlier. From same year by means of a Gen III helmet all information from external sensors is transferred to the display of augmented reality set in a helmet. The device is developed by the Rockwell Collins company which is responsible for electronics in Boeings-787 and the pilotless ships of NASA. There is such helmet 400 000 dollars.

Now, when the pilot looks at a floor in a cabin, literally on the boots, a helmet reads out data from the camera under it and shows the thermal image so as if there is no cab floor just and if there is a task to select the purpose on the earth, then the equipment will mark it directly a circle, and less than in 5 seconds. No visual confirmation is necessary.

With such big the quantity of sensors and the sensor are a possibility of information overload. But the system is customized as the smartphone. It is possible to display everything or nothing, and it is possible just separate indices, like height, speed, course. The screen doesn’t occupy all field of vision, and digits and indices are located at the edges, they don’t loom before eyes. Vizor will show data on the purpose which is in fifteen kilometers from the airplane, but not in thirty. The system knows that more close object poses a big threat if only the pilot doesn’t decide to select more distant object.

At the same time each helmet is customized under the pilot’s head. Techniques scan the pilot’s head, marking all features of a skull that a helmet precisely suited the specific person. Gen III is equipped with the instrument of night vision for flights in the dark, projecting an environmental landscape directly on the screen. A helmet is connected to airplane the dense bundle of cables. When the pilot turns the head, on cables there is a picture from that camera where the pilot looks. The communication system is equipped with the active noise suppression almost completely cleaning noise of wind and engines.