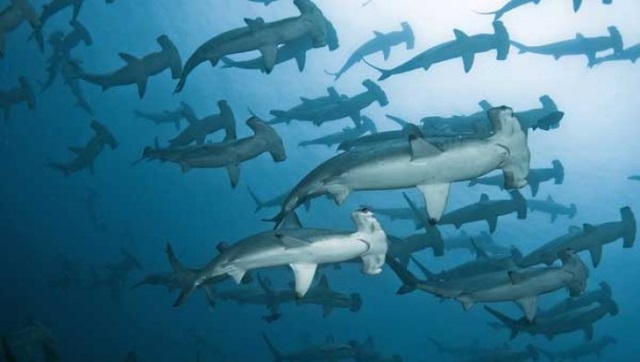 A huge flock of hammerhead sharks struck scuba divers who dived off the coast of the Australian state of New South Wales.

About a hundred predatory fish sailed a few meters from the place where there were 13 people. 66-year-old instructor for scuba diving Rick Morgan (Ric Morgan) claims that sharks have noticed scuba divers, but did not react to them and swam by.

“I’ve seen enough hammerhead fish in the past, but to see so much and so close was amazing,” he confessed. Morgan shot the fish on the video with a GoPro camera attached to his head, and posted the video on Facebook.

Hammerhead sharks belong to the detachment of carharinous sharks. The maximum length is six meters. Some species are dangerous for humans.