A humanoid robot stood up to defend his “personal space 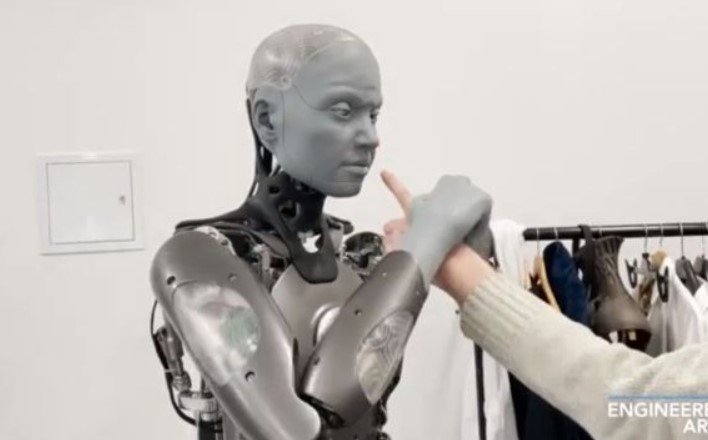 Meet Ameca, the world’s most advanced humanoid robot. Created and designed by Cornish robotics company Engineered Arts, Ameca is hyper-realistic with fluid movement and a face that could almost pass for human.

While Ameca can’t dance as well as a Boston Dynamics robot or parkour like the Caltech bipeds, the leap forward in realistic facial animation is equal parts magnificent and terrifying. The robot has been called the ‘future face of robotics’ and ‘the perfect humanoid robot platform for human-robot interaction.’

A video provided by the engineers shows the robot defends itself by grabbing a researcher’s hand as it enters it’s ‘personal space’. According to the developers, even they were ‘freaked out’ by the machine’s behavior.

Humanoid robots are becoming reality, but what happens when these robots walk on the street or do security checks, for example at airports or if AI acts as a AI ‘prosecutor’ that can press its own charges, developed by Chinese scientists.

The ‘AI prosecutor’ can evaluate the strength of evidence, conditions for an arrest and how dangerous a suspect is considered to be to the public.

Researchers in China said that this machine can charge people with crimes using artificial intelligence. The “AI prosecutor” can file a charge with more than 97 per cent accuracy based on a verbal description of the case, according to the researchers.

Our fate will be in the hands of robots in the near future.