A map of the most powerful super-volcanoes of the Earth

An international team of geophysicists, including specialists from Tomsk (Russia), presented a map of the largest ever operating on Earth, super volcanoes.

On the planet, according to research scientists, for the last 2.5 billion years, there have been 15 eruptions of super volcanoes, which led to the formation of the same number of large trap provinces. 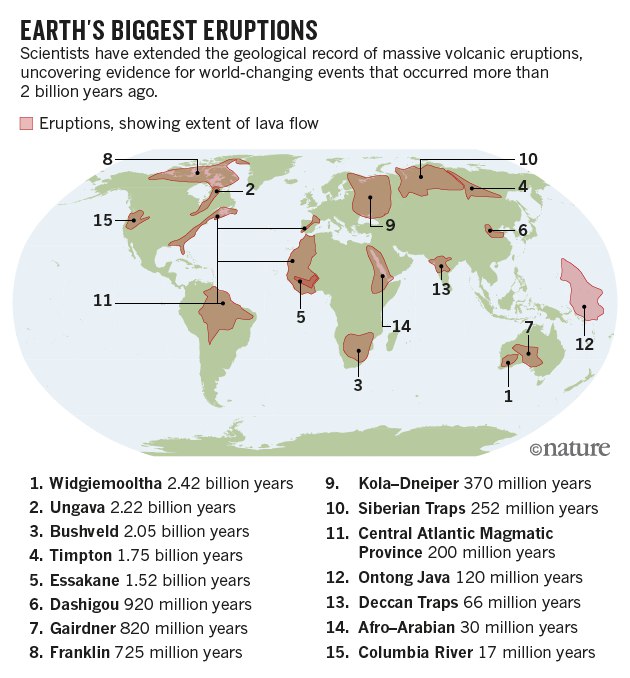 The super volcano differs from the volcano in that its eruption will lead to global climate change. The latter is associated with huge emissions of matter from the lithosphere and the mantle, more than a trillion tons, into the surrounding space. These substances, entering the atmosphere, change its chemical composition and block access to sunlight, and on the surface of the planet create the so-called magmatic traps (a typical example is the Putorana Plateau in Siberia).

One of the largest such events occurred 252 million years ago in the area of ​​modern Norilsk, which provoked the great Permian extinction.