A mechanism has been discovered that slows down time 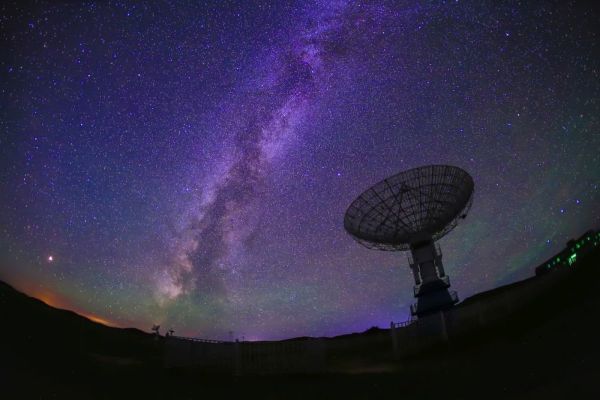 Scientists at the Helmholtz German Research Center for Geosciences (GFZ) have proven that the magnetosphere works as a very efficient particle accelerator, accelerating electrons to so-called ultrarelativistic energies and slowing down time for them.

The research is published in the journal Nature Communications and is briefly described by Eurek Alert. It shows that there is, in fact, a giant accelerator in the sky in which electrons are locally heated to extremely high energies in the Van Allen radiation belts.

Scientists write that the Earth’s magnetic field captures high-energy particles. This phenomenon was discovered when the first satellites were launched into space. At that time, a team led by James Van Allen unexpectedly discovered areas of radiation of high-energy particles, which were later named after him. Visually, they look like two “donuts” surrounding our planet.

New research proves that electrons in such radiation belts can be locally accelerated to very high speeds. This means that the magnetosphere acts as a very powerful and efficient particle accelerator. It accelerates electrons to ultrarelativistic energies. It was possible to find out thanks to the spacecraft of the American agency NASA. It was launched in 2012.

“The measurements included the full spectrum of particles moving at different speeds and in different directions, as well as plasma waves,” the study follows. “Plasma waves are similar to the waves we see on the surface of water, but in fact they are invisible to the naked eye. with ripples in the electric and magnetic field “.

Recent observations have shown that the energy of electrons in these radiation belts can reach ultrarelativistic energies. Electrons with temperatures above 37 billion degrees Celsius move so fast that their energy of motion is much higher than the rest energy given by Einstein’s formula. They are so fast that the passage of time for these particles slows down significantly, the scientists note.

In addition, the researchers admit that they were very surprised to find these ultrarelativistic electrons. They suggested that such a high energy can be achieved only through a combination of two processes: internal transport of particles from the outer regions of the magnetosphere, which accelerates them, and local acceleration of particles by plasma waves.

However, their study shows that electrons reach such incredible energies locally, and this happens in the very center of the belts. In fact, they take all this energy from the plasma waves, making the process itself extremely efficient.

The authors of the work believe that their discovery will help scientists understand the fundamental processes of particle acceleration in the Sun, near outer planets and even in remote corners of the universe.