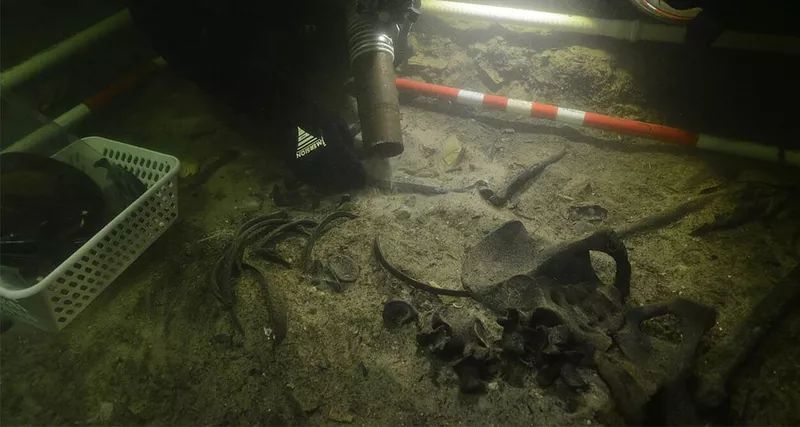 The body of a medieval warrior sank to the bottom of a Lithuanian lake more than 500 years ago. Now his remains, hidden under a layer of sand and mud, have been discovered by researchers.

Researchers unexpectedly found the remains of a warrior at a depth of more than 9 meters in the longest lake in Lithuania. Now the team is analyzing the find and trying to tell the story of this man.

Lake Asviaja is the longest lake in Lithuania, almost 30 kilometers long with all its branches. Scientists have been periodically exploring its bottom for over 20 years using underwater archaeological methods. The remains of boats and pillars of the Old Dubingiai Bridge have already been removed from the bottom of Asvää. Artifacts of the 16-17 centuries were also found under the water of the lake. However, researchers discovered human remains here for the first time.

Scientists examined the found body and came to the conclusion that it belongs to a man who died in the 16th century. The cause of death has not yet been clarified. The military status of this man was hinted at by a weapon found at the bottom of the lake next to the body.

Archaeologists are surprised at how well preserved the remains and objects around them. The divers found at the bottom a pair of leather boots with spurs, a leather belt with a buckle, an iron sword and two knives with a wooden handle. 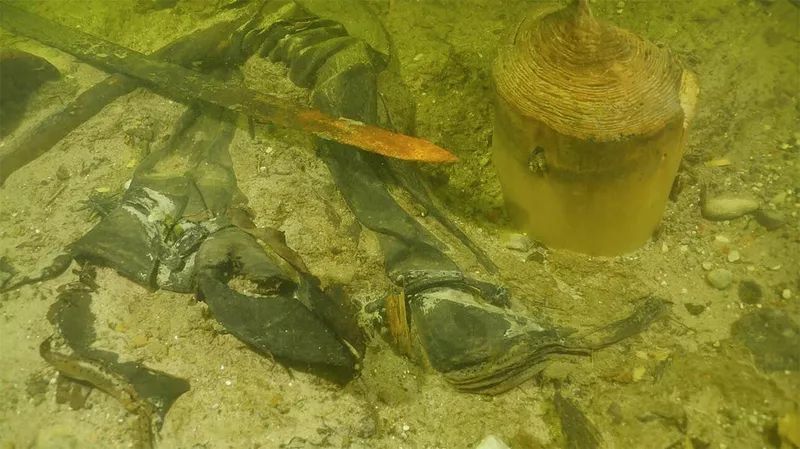 Now the finds are being studied in detail by a multidisciplinary team from Vilnius University. The researchers plan to compile a detailed history of this medieval warrior within a year. After completing the research, the items will go to the Lithuanian National Museum.