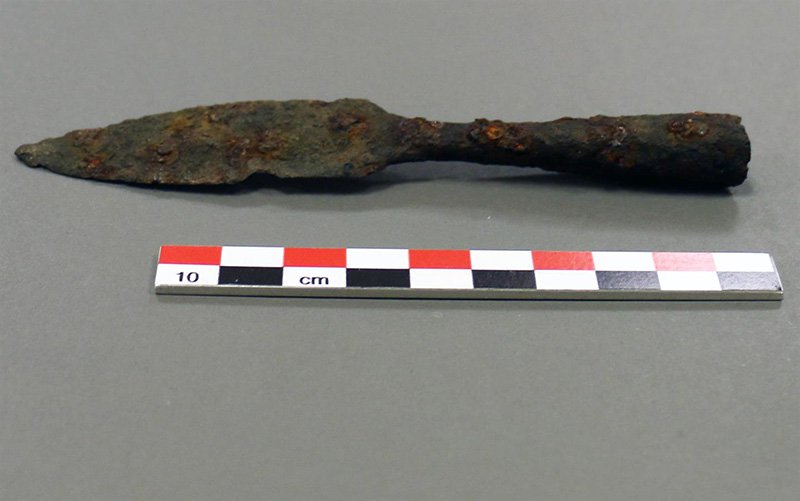 In the rocks near the Hardanger Fjord, in southern Norway, a walking local resident discovered a twelve-centimeter iron arrowhead, which, according to experts, is about a thousand years old.

In the X-XI century, the inhabitants of the surrounding settlements mined iron, so the tip was made from local raw materials. Arrows of this type were used in deer hunting. Perhaps, after an unsuccessful shot, the hunter lost one of the arrows, over the past centuries its shaft has decayed, but the tip has survived to this day. Now the tip is in the laboratory of the Museum of the University of Bergen

According to archaeologist Tore Slinning, the arrowhead, like other finds made in recent years, caught the eye of people thanks to the melting of the glacier. Slinning called on people living in the vicinity of the retreating glaciers to be careful not to miss the opening of ancient objects.

For example, in the summer of this year, a melting glacier freed a sled about 1,500 years old. And in 2011, a unique find was made: on the edge of the retreating Landbreen glacier, a woolen tunic was discovered that dates from the period between 230 and 390 years of our era and allows us to imagine what the clothes of the pre-Viking era looked like