A meteorite crater 5 kilometers in diameter found in Australia 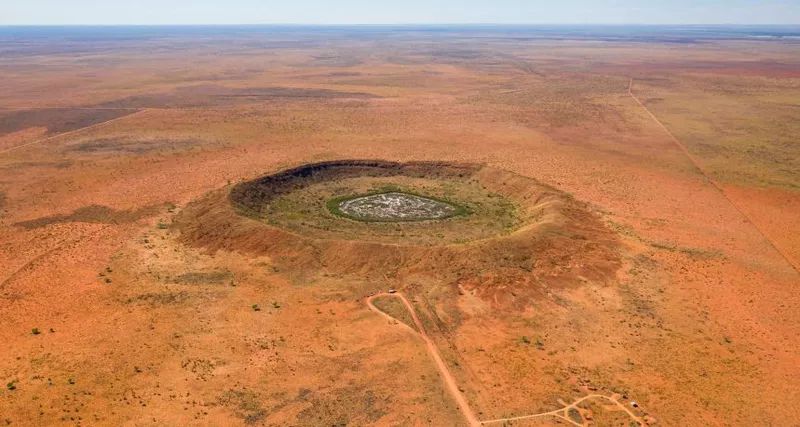 Geologists have discovered a large meteorite crater in Western Australia that could be five times larger than the famous Wolf Creek Crater, which is 880 meters in diameter.

The Impact Crater is located near the ghost town of Ora Banda. Unfortunately, it cannot be seen with the naked eye, but electromagnetic studies have shown that the crater has a diameter of about 5 kilometers.

Geophysicist Jason Meyers said the asteroid that formed the crater should have been at least 100 meters wide. “Based on the position of the crater and levels of erosion, as well as the composition of the soil, our team estimates that the crater could be about 100 million years old,” said Dr. Meyers.

According to Meyers’ team, the rock samples had “telltale signs” of a meteorite fall, including the group found “cone fractures” at the site of the crater. These are rare geological formations that form in rocks only under meteorite craters or underground nuclear explosions.

Scientists still have a lot of work to do, but they already say that the crater near Ora Banda is much larger than the Wolf Creek crater in Kimberley, which became famous for the 2005 horror film.

The process of dating and verifying the new crater is complex, and Dr. Aaron Kawosi of the Center for Space Science and Technology at Curtin University said it would require isotope analysis similar to that used at Yarrabubba Crater. Already, however, Dr. Cavosi says that the Ora Banda site is most likely a meteorite crater.