A meteorite fell on Ekaterinburg in Russia? 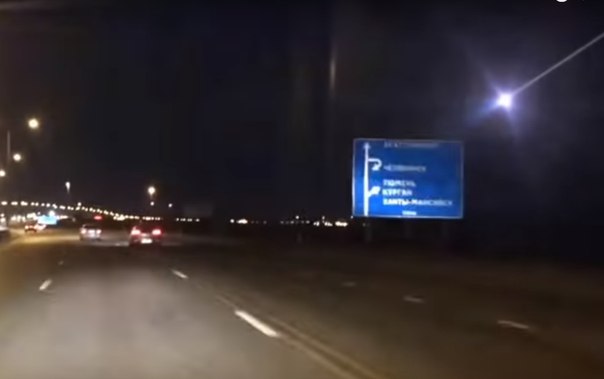 Information about the fall of the meteorite at the “Expo Center” in Yekaterinburg spreads like a snowball. Many leading media are full of such headlines.

A meteorite fell beneath Ekaterinburg, causing a bright flash. The fall of the celestial body fell on the cameras of DVRs. The incident occurred about five o’clock in the morning near the international exhibition platform “Yekaterinburg EXPO” near the airport “Koltsovo”. On several records taken from the videostripers of motorists and eyewitnesses of the incident, one can clearly see how the celestial body along the trajectory approaches the Earth, and then a bright flash occurs. Some media added that clouds of smoke were rising above the “Expo Center”.

On what this “sensation” is based – on three videos appeared in social networks, and these videos do not even coincide in time or in the place of the event. Viewing the video data shows that this is a pretty primitive video game.

If a meteorite fell on such a large city, then there would be hundreds of eyewitnesses, and not three unknown “eyewitnesses” spreading this fake over the network. Surprisingly, this information was picked up and distributed by the leading media.

On this shaft of information panic were forced to respond to the MOE. The press service of the Main Directorate of the Ministry for Emergency Situations of the Russian Federation for the Sverdlovsk Region stated that no reports of the fall of the meteorite had been received.

Press service of the airport “Koltsovo” also stated that they have no information about the fall of the meteorite.

The representative of the Kourovka Astronomical Observatory named after K. Barhatova reported. that they did not fix any drops of meteorites.

The Main Directorate of the Ministry of Internal Affairs of Russia in the Sverdlovsk Region reported that there had been no reports of a meteorite falling to them.

The fall of meteorites has increased worldwide, but in this particular case it is false information distributed in social networks for an unclear purpose and picked up by the leading media, although it is enough to watch the video to understand that it is a fake and a lie.