A microrobot capable of moving living cells inside the body 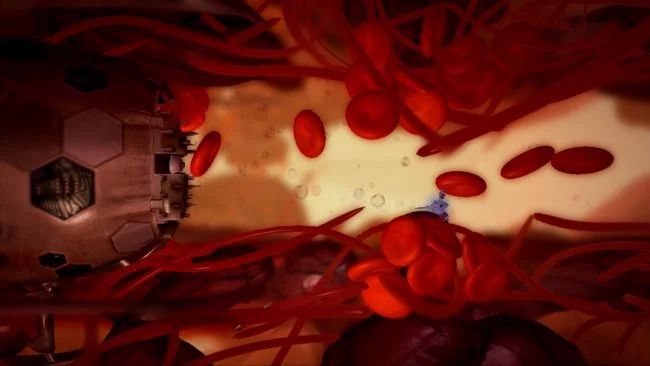 For many years, scientists have been working on creating miniature robots that can work inside the human body. Until recently, such robots were considered only as mechanisms for diagnosis, point treatment or tertiary drug delivery. But, according to the publication Science Robotics, a group of researchers from China managed to create a controlled microbot that can move living cells inside the body.

The main problem that faced scientists was that it is extremely difficult to create such a robot-carrier that could both keep the cells, and support their livelihoods and growth. A group of scientists led by Dong Sun from the City University of Hong Kong made their robot using the method of three-dimensional laser lithography. At the same time, the photosensitive polymer used in the design solidifies in specified places under the action of a focused laser beam, which allows controlling the shape of the future robot.

A magnetic field is used to control the boat. The polymeric frame of the bot is created with the deposition of a 100-nanometer layer of nickel, which makes it “sensitive” to the action of the magnetic field. In addition, the robot has a layer of titanium 20 nanometers thick for improved biocompatibility with cells and the body, and test samples of bots have a size of 70 to 90 micrometers.

At the first stage of the research, experts used fibroblasts and mesenchymal cells of a live embryo of a zebrafish fish, moving them. After successful tests on the embryo, the scientists proceeded to the next phase: experiments in the living body of a laboratory rat.

The surface of the microbot was covered with cancer cells that possess the properties of fluorescence. During transportation, all cells remained viable. In the course of the experiment it was found out that the cells freely disconnected from the bot after delivery to the required organ. And then the cells themselves began to share and receive food.