A model of a volcanic island appeared three years ago 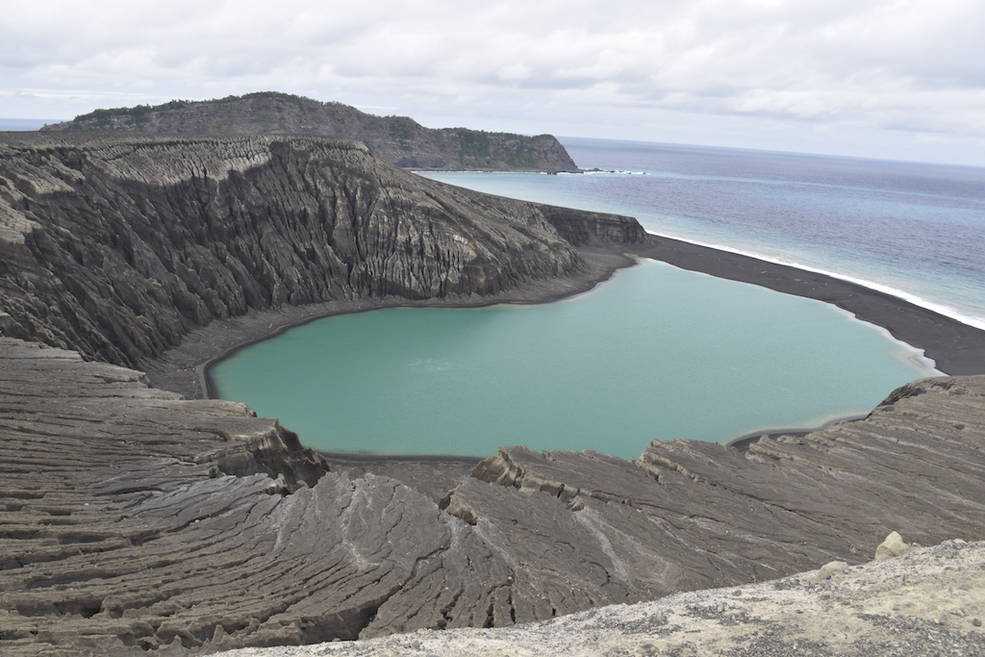 Based on satellite imagery, NASA compiled a dynamic 3D model of the island that appeared three years ago. Specialists believe that the same volcanic islands could exist on young Mars.

The eruption of the Tongan underwater volcano in the Pacific Ocean in 2014 gave birth to the eponymous island, which lasted longer than most volcanic islands over the surface, and became the third stable volcanic island in the last 150 years. The previous island of Surtsey was formed as a result of a volcanic eruption of an underwater volcano near the coast of Iceland in 1963.

Unlike the eruption of the volcano that spawned the island of Surtsey, the birth of the new island of Tongan had someone to photograph; and a 9-kilometer column of volcanic ash, and the appearance of a 12-meter elevation once a month from the water was removed by satellites – with optical cameras and radars, the signal of which passes through the clouds. In addition, immediately after the eruption, a NASA tool for rapid response, a moderate resolution spectroradiometer (MODIS) was connected to the observation.

Then, geologists and planetologists from the Goddard Research Center, under the guidance of Mars specialist Jim Garvin (Jim Garvin), combined satellite images and got a 3D time-lapse metamorphosis of Tongan. The outlines of the island were the strongest in the first six months after the eruption; at first the island had a rounded shape and connected with the neighboring one, but then it separated and acquired steep cliffs and pointed peaks. Garvin points out that such forms of relief of volcanic origin are also characteristic of Mars. Modeling the geological processes on the island (the formation and weathering of mountains, the formation of the lagoon, the transfer of rocks), scientists hope to understand whether something similar happened in the past of Mars, when the Red Planet, perhaps, was covered with water.

In addition, modeling helped predict the fate of Tongan himself. Scientists offer two scenarios. According to the first, waves will erode volcanic tuff, and in six years two high parts of the island will sink into the sea, and above the surface there will be only a short isthmus between them. In the second scenario, the destruction of tufa will occur more slowly and take as much as 30 years. The difference in predictions is due to the lack of satellite data for the first time after the eruption.