A new antibiotic was created from the venom of predatory wasps 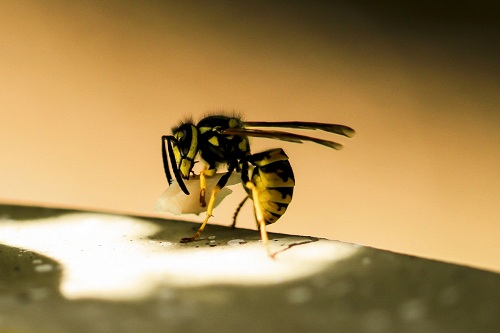 American biologists have modified the insect toxin, making it harmless to humans, but even more deadly to bacteria.

Antibiotics have become one of the most important discoveries in history, equipping humanity with incredibly effective weapons against bacterial infections. And the more terrible it will be to lose it due to various resistance genes that are increasingly spreading among microbes, including disease-causing ones. This process has already led to the emergence of multi-resistant strains that are insensitive to the action of a whole range of different antibiotics, and forced scientists to seriously attend to the search for new antibacterial substances.

In this work, they turn to computer modeling and to wildlife – just remember how two years ago antibiotics of a completely new type, malacidins, were discovered in ordinary soil microbes. Another natural reservoir of such substances is the venom of reptiles, scorpions and insects. Indeed, it was on the basis of wasp venom that scientists from the University of Pennsylvania managed to design a promising new antimicrobial agent. It is described in an article published in the journal PNAS.

Octavio Franco and his colleagues used the venom of the predatory social wasp, Vespula, to isolate the toxic peptide mastoparan-L (mast-L). It is known that it exhibits good antimicrobial properties, however, it is impossible to use mast-L directly for treatment: it is just as dangerous for human cells. The main contributor to this cytotoxicity is the short fragment at the end of the amino acid chain of the peptide. Therefore, the authors modified it, replacing it with another – the pentapeptide sequence characteristic of some antibacterial substances.

Scientists named the resulting chimeric molecule mastoparan-MO (mast-MO) and tested its effect on laboratory mice. The animals were challenged with potentially lethal amounts of E. coli or multi-resistant Staphylococcus aureus cells and then “treated” with mast-MO. The drug showed good results: of the mice that received it, 80 percent survived, with no noticeable side effects.