A new consequence of the climate catastrophe named 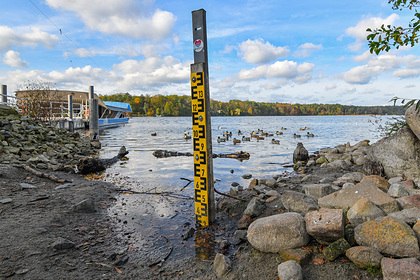 Scientists at the University of Tokyo in Japan have found that a rise in global average temperatures of as little as 0.5 degrees Celsius will dramatically increase droughts across the Earth. A new consequence of catastrophic climate change is named in an article published in the journal Environmental Research Letters.

The researchers developed a new climate model based on data from the Half a Degree Additional Warming Prognosis and Projected Impacts (HAPPI) project to assess the impact of 1.5 and 2 degrees Celsius temperature rise above pre-industrial values ​​on climate. It turned out that a warming of two degrees leads to more frequent dry years and a significant decrease in humidity in many parts of the world.

According to scientists, the situation will become especially serious in the Mediterranean, Western Europe, northern South America, the Sahel and southern Africa. However, in some other regions, for example, in Australia and some countries in Asia, the climate, on the contrary, will become more humid.

At present, the scenario of a temperature increase by three degrees above pre-industrial values ​​is being implemented. If in the coming years carbon dioxide emissions are not reduced to a minimum, then this scenario will be inevitable. The 2015 Paris Agreement obliges countries to limit temperature increases to 2 or 1.5 degrees Celsius above pre-industrial levels. However, a number of climatologists have concluded that the most desirable of the two scenarios is no longer achievable.