A new current structure was found in the heliosphere 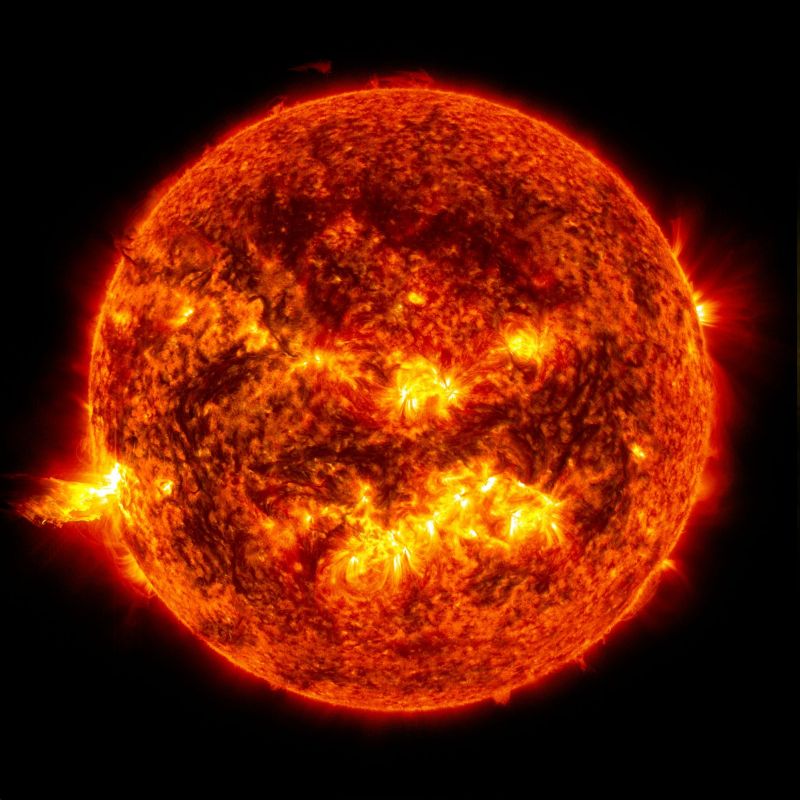 Employees of the Scientific Research Institute of Nuclear Physics named after D.V. Skobeltsyna (SINP) of the Moscow State University named after M.V. Lomonosov discovered a new current structure in the heliosphere, which “lives” longer than all the current structures found earlier.

“A new long-lived current structure in the heliosphere has been found. Based on data from the Ulysses spacecraft, long-lived current layers of a conical (or cylindrical) shape over the southern pole of the Sun were first discovered. They arise in the years of solar activity minimums within coronal holes and are supported by a strong magnetic field twisted in the manner of a tornado. Inside the high-latitude current layers, plasma flows are slower and denser than outside. The existence of small-scale short-lived magnetic tornadoes on the Sun at low latitudes was known earlier, but no one knew of such stable structures of much larger scales at the poles and did not expect that they could be detected at significant distances from the Sun, three times farther than the Earth’s orbit, Helmi Malova, the author of the article, Doctor of Physical and Mathematical Sciences, senior research fellow of the Laboratory of Planetary Magnetospheres of the Space Sciences Department of the Scientific Research Institute of Nuclear Physics named after D.V. Skobeltsyn University of Moscow State University. Lomonosov Moscow State University. The results of the work were published in The Astrophysical Journal.

The idea of ​​searching for current layers over the pole arose from scientists for theoretical reasons and was confirmed by the Ulysses spacecraft. It was the only apparatus that rotated around the Sun almost perpendicular to the plane of the ecliptic and allowed us to study the solar wind over the poles of our star. The task was complicated, because no one knew what these layers would look like according to the solar wind data. Fortunately, one of the intersections of the Ulysses of this current layer coincided with the interaction of this structure with the comet McNaught, which flew just above the pole and “lit” the current tube so much that the speed in it fell by half. After finding the first layer, finding the rest became a matter of technique. Observations of Ulysses at distances of two or three astronomical units from the Sun are in excellent agreement with the appearance of conical regions in the pictures of the restored magnetic fields in the corona. Another confirmation was provided by Japanese scientists, discovering the dips in the speed of the solar wind inside the high-speed fluxes from the coronal holes from the observations of interplanetary scintillations in the same periods. MSU scientists have constructed a magnetohydrodynamic (MHD) model of a cylindrical current sheet, which makes it possible to describe its properties.

“The significance of this work is that a long-lived current structure has been discovered in the heliosphere, which has so far not been described by anyone. First, such structures are part of a large-scale heliospheric current circuit, so their discovery provides a chance to explain a variety of incomprehensible phenomena on the scale of the entire heliosphere. Secondly, such structures can exist inside coronal holes not only in the minima of solar activity, but also in other phases of the cycle, when coronal holes descend to the equator. This can already have a serious impact on near-Earth space, because we have shown that along such magnetic tornadas, energetic particles accelerated to high energies (keV-MeV) propagate. Thirdly, the interaction of the cylindrical current layers with comets has not been studied and was not even assumed previously. Thus, the scope of our research is very wide, “concluded Helmi Malova.

The work was carried out within the framework of the long-term cooperation of Russian scientists from the Moscow State University named after MV Lomonosov. Lomonosov, Institute of Terrestrial Magnetism, Ionosphere and Propagation of Radio Waves named after N.V. Pushkova, RAS (IZMIRAN) and the Space Research Institute (IKI) of the Russian Academy of Sciences. The article was written jointly with scientists from Nagoya University (Japan) and from the Space Research Institute of the Polish Academy of Sciences. Materials are provided by the press service of the Moscow State University