A new discovery will replace gasoline with algae 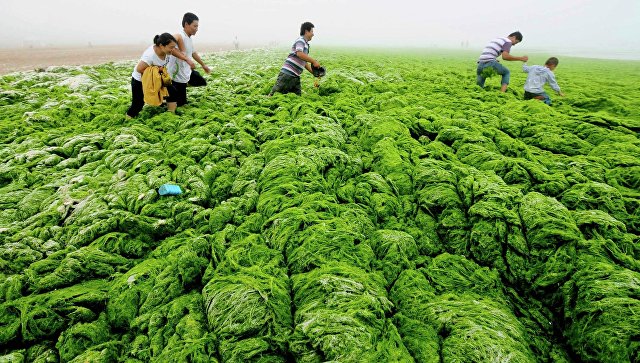 Scientists from MIPT, MSU, Skoltekh and the RAS institutes have uncovered the exact chemical composition of biofuels from unicellular algae, the study of which will help make it more effective, according to an article published in the journal EJMS.

“The further work should be focused on using algae varieties with the highest fat content and creating such varieties with the help of gene modifications so that we can choose the most effective raw materials for biofuel production,” the press service of the PhysTech quotes the words of the employee of Skoltekh and MFTI Eugenia Nikolaeva.

Contrary to conventional beliefs, the real “lungs of the Earth”, producing most of the oxygen, are marine and freshwater algae, and not trees and other land plants. In addition to air, algae supply all marine organisms with nutrients, converting carbon dioxide and solar energy into sugars and other “edible” substances.

Algae recruit biomass several times faster than other photosynthetic organisms, which is why many researchers see them as the main candidate for the role of a full replacement for gasoline and other fuels. In addition to the high rate of growth, algae have a lot of other advantages – they do not need fields to grow them, and their unicellular nature simplifies their processing into fuel.

Nikolaev and his colleagues discovered that in fact, biofuel, which is made from algae, is similar in its properties and origin not to oil or oil products, but to a kind of green. To this conclusion, scientists came, revealing the complete chemical composition of the “liquefied” algae from which biofuel is prepared.

As Russian researchers explain, algae fuel is not produced in the same way as it is brewed from conventional plant biomass – single-celled plankton contains too much water to be dried and then processed chemically. Algae “directly” converted into biofuel, heating them to a temperature of 300 degrees Celsius and simultaneously squeezing to very high pressures, in fact simulating the way oil occurs in the bowels of the Earth.

As a result of this process, biomass is divided into liquid fuel and a thick “resin”, which accumulates at the bottom of the reactor. Both contain a thousand separate substances, which made it difficult to determine their composition and to assess how to change the process of “cooking” algae to improve the properties of fuel.

To determine its composition, Russian scientists used the trick: before turning algae into biofuel, they soaked them in pairs of “heavy” water and alkalis.

Heavy water and alkali, as the researchers explain, contains in itself deuterium atoms – “heavy” hydrogen, in the core of which there is not only one proton, but one neutron. Molecules that contain deuterium will have a slightly different spectrum compared to their usual versions. This allowed not only to “read” the formulas of all components of biofuels, but also to “see” their three-dimensional structure.

As it turned out, the “marine” biofuel consists of substances, most of which has nothing to do with hydrocarbons and other molecules contained in oil. According to chemists, these substances are similar to some organic dyes, such as, for example, diamond green, which is part of the green.

Further study of this “bio-green”, according to the authors of the article, will help to understand which sorts of algae are best used for cooking biofuels and how they can be modified so that they can replace gasoline and other fossil fuels.