A new growing thermal anomaly has been discovered under Yellowstone. 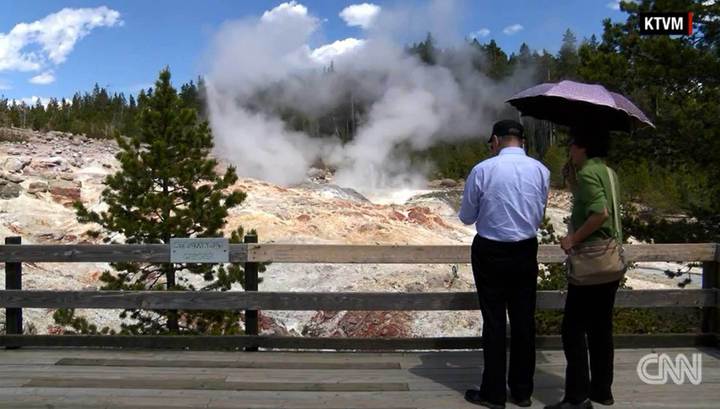 Specialists from the US Geological Survey stated: in Yellowstone National Park, where a large geothermal activity zone is located, a relatively new thermal anomaly has been discovered that tends to expand. She was able to detect using satellites, reports Daily Express.

The object was identified after trees began to die out due to the increasing temperature in a certain part of the park. Experts analyzed infrared satellite images of 2017, compared them with images of the 1990s and concluded: in the area between the West Tern lake and the Lake Tern geothermal zone, previously identified, a new thermal zone appeared. Two decades ago, she was not there, reports RIA Novosti.

A new thermal anomaly is another evidence of Yellowstone’s hydrothermal activity, showing that such changes are constantly taking place in the park. Experts note that the active use of satellite monitoring technology is extremely important for mapping this area.

There are about ten thousand geysers and hot springs in the territory of Yellowstone National Park. They are a reflection of the processes of magmatic activity taking place at depth. Previously, scientists have found that under the surface there is a camera about 70 kilometers across and eight kilometers thick, filled with molten magma.

As scientists say, Yellowstone is an active supervolcano, which has enough power to wipe out the entire continent.

The last time the Yellowstone volcano erupted 640 thousand years ago.