A new kind of ancient pterosaurus was discovered 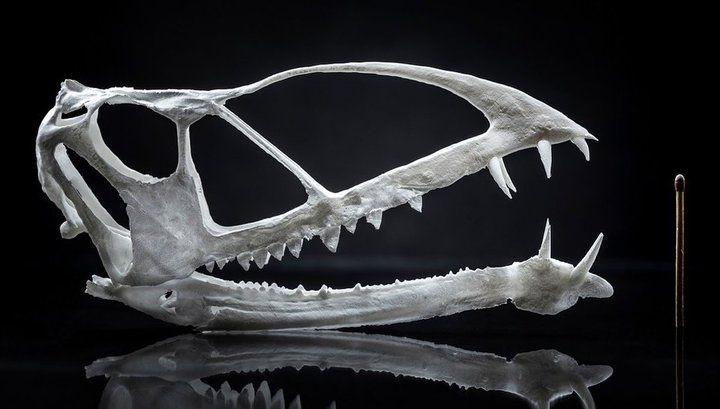 American researchers from the University of Brigham Young reported an interesting find. They discovered a new kind of pterosaurs.

Recall that these extinct creatures, although they lived on Earth in the era of dinosaurs, do not belong to them. It is also erroneous to consider them the ancestors of modern birds. Pterosaurs (and their most well-known suborder of pterodactyls) belong to arhosaurs and are the earliest vertebrates that have acquired the evolutionary ability for waving flight.

A new “family member” was identified due to the remains found in Utah. According to paleontologists, the flying creature had wings up to one and a half meters in length and 112 teeth, including spiked fangs.

At the same time an interesting detail was revealed: the protruding lower jaw of these pterosaurs had a sack, similar to those of modern pelicans. Probably, he served for the same purposes: with the help of such an adaptation, ancient beings could “scoop up” prey.

However, they did not eat fish. The species lived in an oasis and, apparently, hunted small reptiles.

Specialists dubbed the new pterosaur Caelestiventus hanseni (translated from Latin as “heavenly wind”). Their choice of names they explain by the fact that these creatures were literally created for the flight. 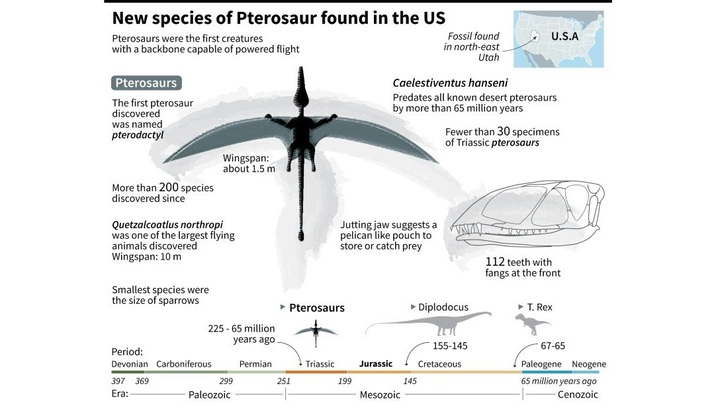 The author of the work Brooks Britt (Brooks Britt) notes that the skeleton of this species is the most complete of all found paleontologists skeletons of pterosaurs. “Set” C. hanseni includes dozens of well-preserved bones and teeth, as well as a full cranium.

The remains of the pterosaurus have not yet been removed from the breed in which they were found. However, experts have already been able to recreate their exact three-dimensional copies with the help of CT scanning (one of them is on the main photo).

Researchers specify that the most likely cause of the death of C. hanseni was the drying of the lake in the middle of an oasis located in the desert with a total area of ​​about two million square kilometers.

By the way, during the expedition, in addition to the bones of C. hanseni, paleontologists discovered more than 18 thousand fragments of the remains of other ancient animals. Obviously, they all died of thirst, when the only source of moisture dried up. These dramatic events took place approximately 201-210 million years ago, experts concluded.

The team of paleontologists describes in more detail the article published in the journal Nature Ecology & Evolution.