A new kingdom of eukaryotes is opened 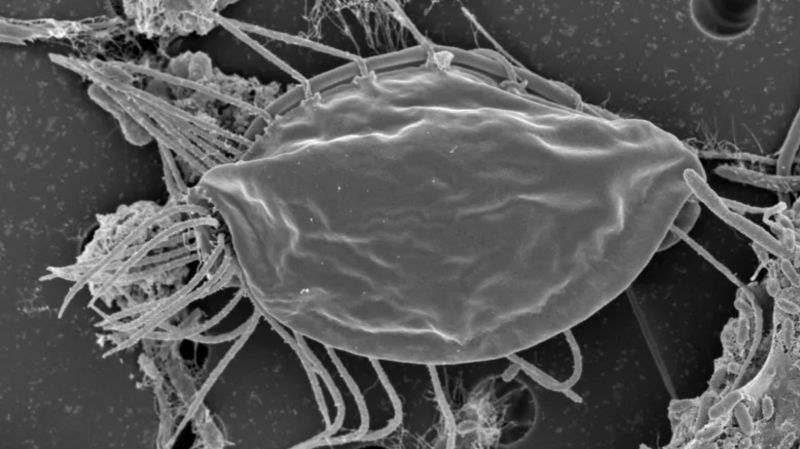 During a hiking trip, a student of Dalhousie University (Canada), Yana Eglit, curiously collected soil samples outside the city of Halifax. Later it turned out that they contain microorganisms that do not fit into any of the existing kingdoms of eukaryotes. A study published in the journal Nature.

Today there are several ways to divide living organisms into kingdoms. Some allow up to 20 variants, but the main classification includes five kingdoms: prokaryotes (pre-nuclear organisms), protists, fungi, plants and animals. It was first substantiated in the second half of the twentieth century by American ecologist Robert Harding Whittaker. Those microorganisms that came to Dalhousie University do not correspond to any of these kingdoms, but they belong to a group of microbes called hemimastigotes.

Hemimastigoty – single-celled microorganisms, which until recently almost did not know anything. They were discovered in the century before last, but could not find a place for them on the tree of evolution. Two types of hemiastigotes were found in soil samples. The first is Spironema, which has been observed before, and the second is new and unknown until this moment. He was named Hemimastix kukwesjijk – in honor of the ogre appearing in local legends. According to the student who found them, they behave in an unusual way and it was not immediately possible to notice them.

Scientists used single-cell transcriptome techniques to finally make sure that these microorganisms do not fit into any of the existing kingdoms. According to them, to search for a common ancestor between these chemistigotes and any other organism, it is necessary to go about a billion years ago.

“This discovery literally redraws our tree of life, adding a new branch at the lowest levels. It broadens the understanding of the evolution of complex cells and their origin, long before the appearance of animals on Earth, ”said Alastair Simpson, one of the research participants.

Now the laboratory staff has bred a large number of Hemimastix kukwesjijk to continue their detailed study. In their opinion, these organisms can add new information to the history of evolution. However, this theory has not yet become generally accepted, and further discussions are possible on the place of chemistigotes on the tree of life.

Last month, paleontologists found the place of appearance of the first vertebrates. This made it possible to fill many of the gaps in the early evolution of vertebrates and to show that the first steps of their development took place in shallow water – at a maximum depth of several tens of meters.