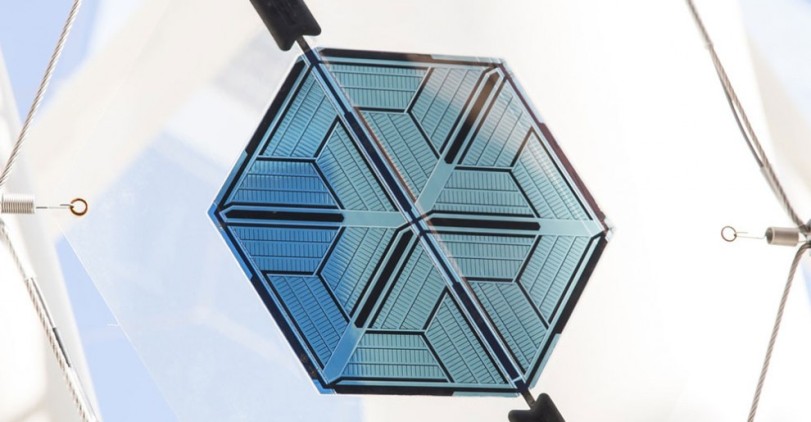 Every day around us, splashing a sea of energy in different forms, but the majority of it has no use. Our own movement and warmth, the sunlight in the room are all sources of energy that could feed the portable handheld gadgets, from smart watches to biometric sensors.

Perovskites are a family of minerals-segnetoelectrics. Many of them have the ability to gather the energy of one or two species at a time. While one of the members of the family can be good to use energy from changes in pressure and temperature, one can have the desired properties for efficient conversion of solar energy into electrical energy. The latter, as a rule, used in solar cells.

But most often one form of energy is not enough. Certain types of energy may not be always available. Of course, there are devices which can dispose of multiple forms of energy, but they use several types of materials, which is not conducive to miniaturization.

General, ferroelectric and photoelectric properties of the mineral KBNNO and has previously been studied by scientists. The studies were conducted at temperatures several tens of degrees below freezing, making the technology impractical for everyday use.

The team from the University of Oulu was the first who appreciated all of the properties KBNNO. The experiments showed that although KBNNO able to generate electricity from pressure and heat quite well, but not as great as other perovskites. However, researchers believe that they have found ways to change the composition KBNNO to improve its pyro – and piezoelectric properties. Thus, it would be possible to set all these properties to achieve maximum impact.

The researchers hope to build a prototype multienergetika utilizing the device in the next year. Probably, as long as the converters in this type of material will complement the batteries in the devices, reducing the consumption of energy. With the growth of generating capacity they will contribute to the development of smart cities and the Internet of things.