A new robot is able to transform, assessing obstacles on the way 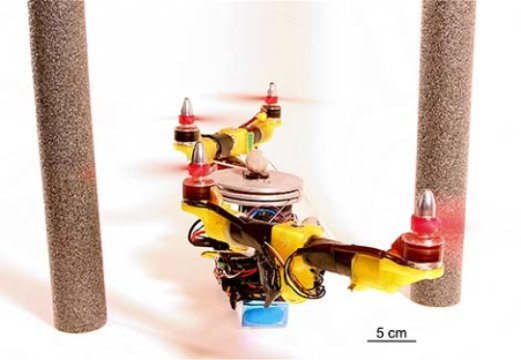 A robot has been created that can evaluate obstacles in its path and be transformed if necessary.

For the first time, researchers from the Institute of Motion named after Etienne Jules Mare created an unusual drone that can transform directly into the air, during the flight. In order to create a similar robot, scientists for a long time watched the birds and their habits in flight.

In order to reduce the wingspan and fly through a limited space, the drone is able to reorient its arms, which are equipped with propellers. At this point, the drone can fly like a helicopter.

Full information about the created drones was published in the magazine Soft Robotics on May 30, 2018.

Innovation can open the way for a new generation of larger robots that can move through narrow passages. This will make them ideal for a variety of rescue and search missions.

Birds and winged insects have excellent abilities to maneuver lightning fast during the flight, skirting obstacles. Such extreme flexibility is necessary in order to go through tight bottlenecks. Yes, remember, at least, how mosquitoes sometimes manage to climb through mosquito net. It will be fantastic if the robots can do the same.