A new “signal of invulnerability” of cancer cells is opened 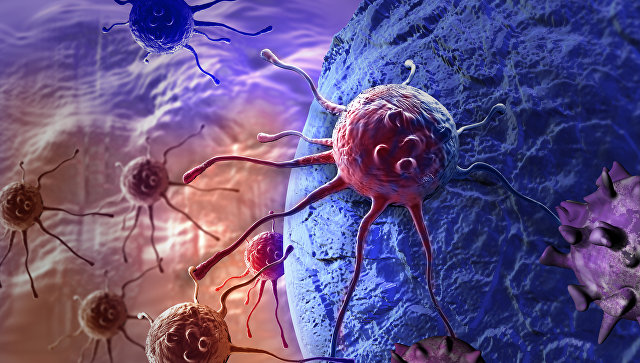 Biologists at Stanford University have found that cancer cells use not one but at least two signaling molecules that cause immune cells to ignore them.

“When cancer cells appear in the human body, their neighbors begin to produce” SOS signals, “which are usually read by macrophages, immune system” cleansers. “Some aggressive cancers produce a special” do not eat me “signal, CD47 protein molecules that cause macrophages to ignore them.We have discovered another similar substance, the suppression of which causes the immune system to kill cancer cells, “says Irving Weissman of Stanford University (USA).

As scientists believe today, the immune system usually copes well with restraining primary tumors, the cells of which are constantly inside them. When cells acquire the ability to move on their own, metastases arise, which the immune system simply does not see and does not try to suppress cancer cells for some reason. According to the current statistics of US medical services, about 90% of deaths of cancer patients are metastases.

The experiments of the last two years show that this is due to the fact that cancer cells can produce special molecules that make the immune system think that it is dealing with a healing wound or some other tissues, the cells of which can divide.

Weismann and his colleagues discovered another similar signal, observing how macrophages interacted with cultures of various cancer cells whose CD47 molecules were blocked by special antibodies that prevented immune cells from reading these proteins.

Similarly, as the geneticist explains, his team checked whether other signals “do not eat me” exist in healthy and cancerous cells, capable of making them “invisible” and “invulnerable” to the immune system.

The suspicions of biologists were justified – a part of cancer cells continued to be “invisible” for macrophages, which allowed them to multiply uncontrollably. Having deciphered and compared their genomes, the scientists found that the reason for this was that these cells retained the genes responsible for the work of the so-called “main histocompatibility complex” (MHC-I).

It is a kind of “passport” that is read by the immune cells on contact with other tissues of the body and which they can use to include apoptosis in it, in other words, to force it to commit “suicide” if it has a virus or it is part of a tumor.

As it turned out, cancer cells can use a functioning MHC-I as a kind of “Potemkin village”, which convinces the immune system that the cell is functioning normally, although in fact it is not. When scientists removed gene LILRB1, responsible for reading this “passport” macrophages, immunity began to fight cancer in the body of mice and successfully suppressed it. A similar result can be achieved by suppressing the work of the B2m gene in the tumor itself.

The search for other “invulnerability genes” and methods of their suppression, as the authors hope, will help scientists create universal means for fighting cancer and open methods for slowing its development, which will prolong and save the lives of tens of millions of people throughout the Earth.