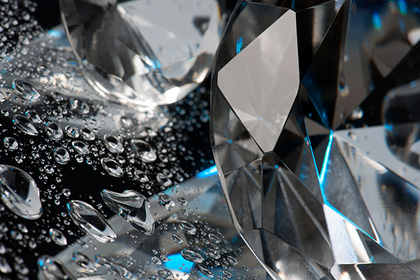 American and German physicists have discovered a potentially new state of nonstandard superconducting matter in a strong magnetic field.

In a superconductor with heavy fermions CeRhIn5 placed in a strong magnetic field (with induction of 50 Tesla), a nematic state was observed in which the electrons are arranged so that the symmetry of the initial crystal is reduced. Non-standard superconductivity appeared near the interface between magnetically ordered and magnetically ordered phases.

Specialists believe that the nonstandard behavior observed in superconductors with heavy fermions is associated with the appearance of a nematic state in the latter, characteristic of liquid crystals.

The source of the pulsed magnetic field, with which physicists observed a new state of matter, was in the USA, for him specialists from Germany prepared a focused ion beam.

Superconductors with heavy fermions are compounds of rare-earth metals and actinides with an unstable 4f- or 5f-shell. Because of the latter circumstance, anomalous pairing of electrons is realized in such systems, which ultimately reduces the symmetry properties of the material, in comparison with classical superconductors.

Superconductivity is widely used, in particular, in magnetic resonance imaging and particle accelerators, as well as radio frequency and microwave filters.