A parasite feeding on the human brain

While swimming on a glorious summer day, anywhere in the world, you run the risk of meeting them – parasites that are not averse to eating the cells of your own brain.

In recent years, more and more artificial reservoirs have appeared in the world: in summer man-made ponds become a real place of pilgrimage for tourists and tourists. Of course, wherever a lot of people come into contact with water, there is always a risk of catching one or another bacterial infection. But even if the reservoir is considered “safe”, it is not necessary to relax – in the absence of competitors, dangerous parasites start to multiply even in the clear water. 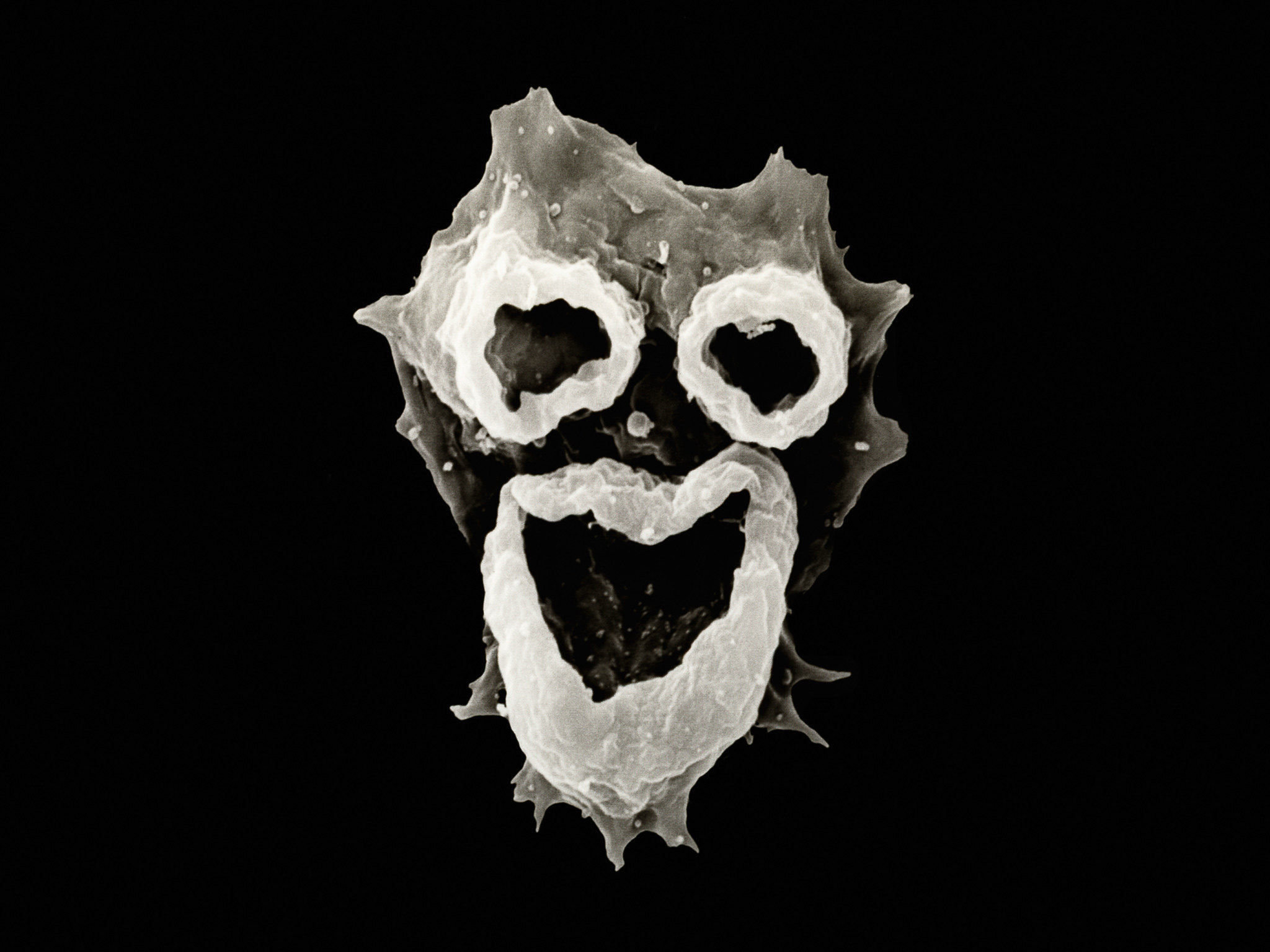 Nature can not be denied the sense of humor: the brain parasite “smiles” at us with the trademark smile of the Joker

With an increase in the level of global warming and heating of the upper layers of ocean waters, the microorganisms living in them increase their reproduction rate year by year. Environmentalists have already drawn the world’s attention to the fact that in warmer waters phytoplankton, which feeds on fish, becomes more toxic, causing the amount of food poisoning by seafood around the world is also constantly growing. But this is by far not the most important danger: the heating of water also provoked an unprecedented increase in the number of thermophilic (heat-loving) bacteria.

Among its relatives, the amoeba Naegleria fowleri is especially prominent. It occurs in freshwater bodies around the world: due to the sensitivity to pH, unlike many other amoebas, it does not survive in salt water. A tiny microorganism is able to withstand heating up to 45 ° C, so that its habitats are summer water bodies, in which there are simply not enough large predators representing an amoeba threat. 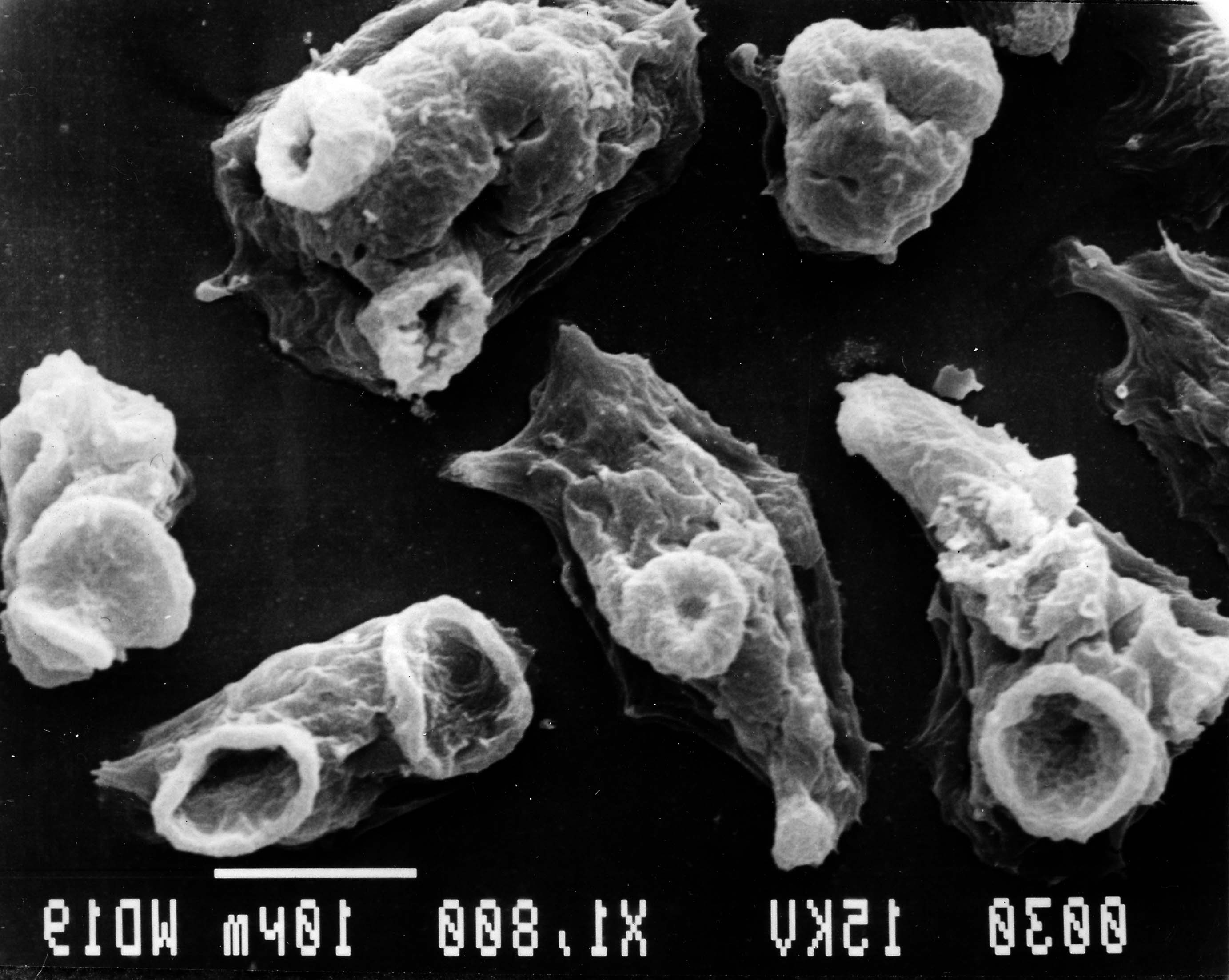 Naegleria fowleri under the microscope

What is so dangerous this creature? Together with the current of water, it enters the nasal canal of a person and from there, by means of the olfactory nerve, creeps into the brain, where it spreads through all its departments. Localizing around blood vessels, Naegleria fowleri begins to actively multiply and consume vascular epithelium and brain cells, which leads to hemorrhages, necrosis of tissues and causes a disease known as amoebic meningoencephalitis. In the process of reproduction, the amoeba secretes a special protein compound, which accelerates the decay of even healthy cells.

In response to the destruction of tissues, the immune system sends a huge number of immune cells to the affected areas. Such a response aggravates an already serious picture, causing massive inflammatory reactions and provoking swelling. In the course of the disease a person suffers from severe headaches, epileptic seizures, hallucinations and, with a high probability, blinds. As a result, a person dies either from extensive necrosis, or from brain edema caused by his own immune system.

To prevent the parasite from entering the body, it is enough to simply choose the tested reservoirs that are disinfected in compliance with sanitary and hygienic standards. Despite the fact that in the world there are drugs for the treatment of amoebic encephalitis, they can not always guarantee recovery.