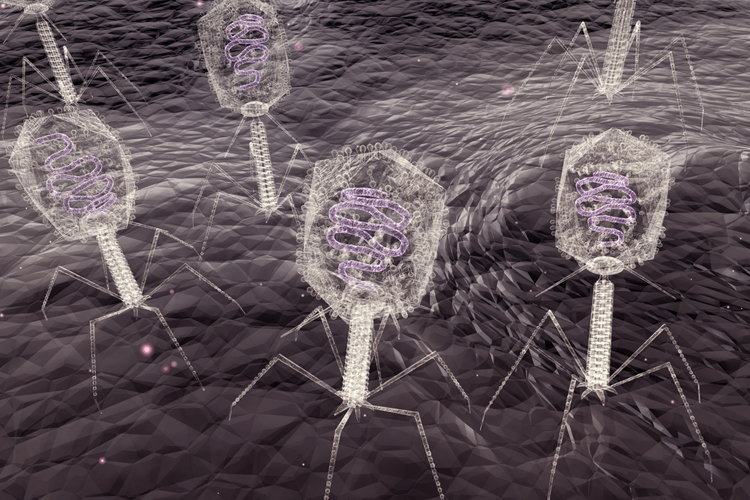 Every day, billions of viruses enter the human body – and almost all of them remain in it, say scientists from the State University of San Diego (San Diego State University). They performed an experiment, growing in a laboratory a culture of intestinal cells, similar to the layer that lining the inside of the intestines. These cells were so closely intertwined that no bacteria could penetrate this barrier. However, when scientists watered it with water containing the smallest viruses – bacteriophages – after a while the bacteriophages appeared on the other side of the cell layer.

How did this happen? Cells, experts said, absorbed the viruses and gave them the opportunity to go right through. Jeremy Barr, the head of the scientific group, believes that a similar process occurs in the human body – in vivo. If this is true, then some of the viruses enter the bloodstream, and a part of it goes to the internal organs. These viruses do not pose a danger to the person himself – only to the bacteria that inhabit his body, infecting and destroying bacteria. They control their population, acting as an important part of immunity. Experts estimated that about 31 billion bacteriophages “settle” every day in a person.

The experiment was carried out only in the laboratory, but scientific works published long ago, about 70 years ago, showed that bacteriophages often find themselves where they absolutely should not, that they are able to penetrate into the kidneys, the liver, and even overcome the blood-brain barrier. Earlier it was believed that they do this, passing between the cells, but the current study clearly demonstrated that the bacteriophages “make their way” inside the cells.