A powerful antimicrobial agent has been found in the human stomach 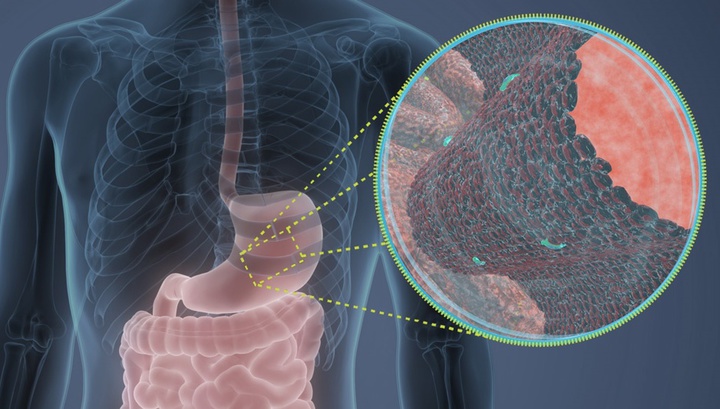 The human body produces many peptides that help the immune system resist the attacks of pathogens. And, as it turned out, among them there are candidates for the role of powerful antimicrobial drugs.

In the course of the new work, researchers from the Massachusetts Institute of Technology, together with their Italian counterparts, looked for compounds that could serve as the basis for new generation antibiotics that would defeat super-bacteria. Let’s remind, that many existing preparations lose force: microorganisms have already developed stability to the majority of them.

Previous work shows that in the search for new weapons it is worth turning to nature. Effective compounds, for example, were found in the milk of the platypus, in the glands of rattlesnakes and in tobacco.

But not only the organisms of animals and plants reflect the attacks of a huge number of pathogenic bacteria. The human body also experiences constant forays of pathogens, and there is nothing surprising in that this “house” has developed its system of protection against threats.

Experts focused on the gastrointestinal tract, since its bacterial composition is the most diverse and numerous. The team was looking for connections that are involved in defense mechanisms. Most often this role takes on digestive enzymes and peptides. Although many of them are not strong enough to be used as antibiotics, they can give researchers a hint and indicate what “settings” are needed for new drugs.

“These peptides really are a great template for engineering, the idea is to use synthetic biology and modify it further, make it more powerful,” explains Cesar de la Fuente-Nunez, one of the lead authors of the new work ).

Together with his colleagues, he discovered almost two thousand promising compounds. They were then tested using a special algorithm that reveals similarities to the already known antimicrobial peptides.

“This is a method of data mining that makes it easy to find peptides that have not been studied before.We have models that we know are associated with classical antimicrobial peptides and the search engine, through the database, finds patterns similar to those that, kill the bacteria, “- says the researcher.

The program helped select 800 suitable peptides, and experts are already betting on one of them. This compound is called pepsinogen. It is produced in the stomach and is involved in the digestion of food.

Some fragments of this peptide, which are a by-product of the digestive process, are labeled as “potentially antimicrobial.” Their function has not been studied before, so experts have a new direction for work.

To test how effective these pepsinogen fragments can be, the researchers conducted laboratory tests in a petri dish. They used several “diversified” pathogens – salmonella, intestinal and pseudomonas aeruginosa.

It turned out that the peptide effectively destroys these bacteria not only in an acidic environment (as in the stomach), but also at a neutral level of acidity.

At the next stage of the work, scientists have to find out the mechanism of action of the peptide and find a way to make it even more powerful. In addition, they will continue to check other connections selected by the algorithm.

A scientific article on the results of the current work was published in the publication ACS Synthetic Biology.