A rabbit-like spider from Ecuador and a dog 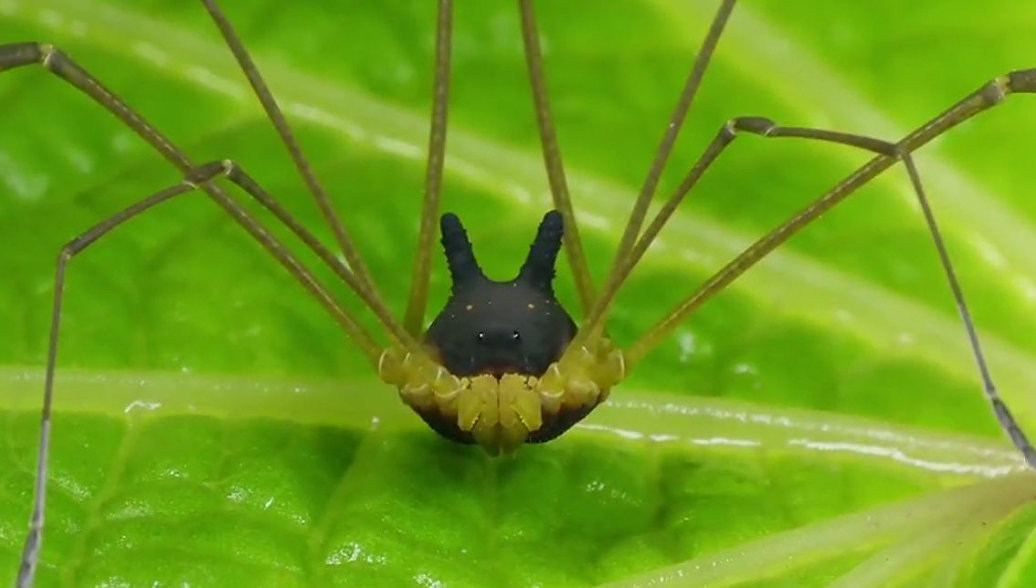 The photo of naturalist Andreas Kayi, which shows an unusual spider, whose body looks like a dog’s head with glowing yellow eyes, has become viral on the Web.

On the Internet, controversy broke out about whether to consider it delightful or creepy, and some users of the social network refused to believe that this is not the effect from Photoshop.

In fact, it is real, but the tiny spider is the mating cat Metagryne bicolumnata, which is absolutely not dangerous for humans. The real eyes of the insect are far below the two yellow dots that look like the eyes of a dog.

The strange spider is practically unexplored, but, according to the author of the photo, most likely its body shape is dictated by the desire to scare off predators.