A rare pink leopard photographed on a hidden camera 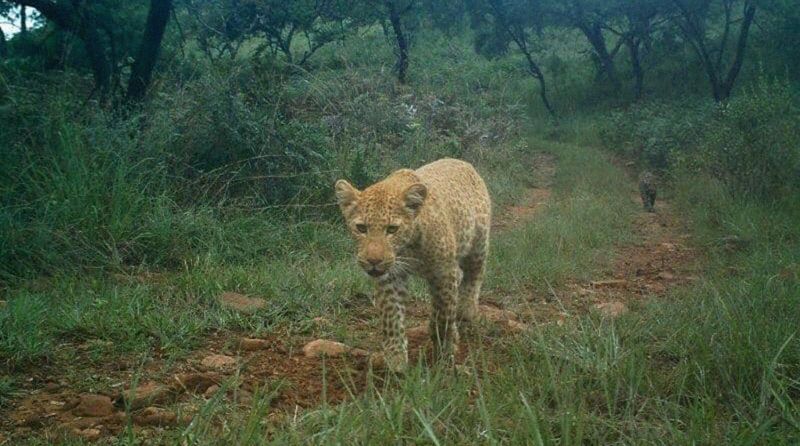 The rarest pink leopard in the world hit the camera.

It is noted that a strawberry leopard was spotted drinking on a dead giraffe. Such a moment was filmed on camera for the first time.

Pictures were taken by the owner of the reserve Alan Watson and his wife Linsi. The camera was attached to a tree in the Taba Tolo Wildlife Sanctuary in South Africa. Prior to this, the couple several times noticed this leopard creeping around the reserve, but it had never been possible to catch it on tape.

It is clarified that in July Alan found a dead giraffe, killed during a thunderstorm, and, realizing that he could no longer be saved, he cut it to attract predators. He then set up a camera to take pictures of feasting animals. Later, when the specialist examined the photos, he noticed a strawberry leopard on them. From this point on, the wild cat was nicknamed Goldie.

This species is the rarest in the world due to the color of its skin, so Alan said that he hopes for the offspring of a rare species of cat in the coming years.

According to reports, for the first time this large cat was discovered in 2012 near the border in South Africa. Strawberry leopards are caused by a rare gene mutation called erythrism, which causes the overproduction of red pigments or the underproduction of dark pigments.