A rating of countries’ readiness to confront dangerous epidemics 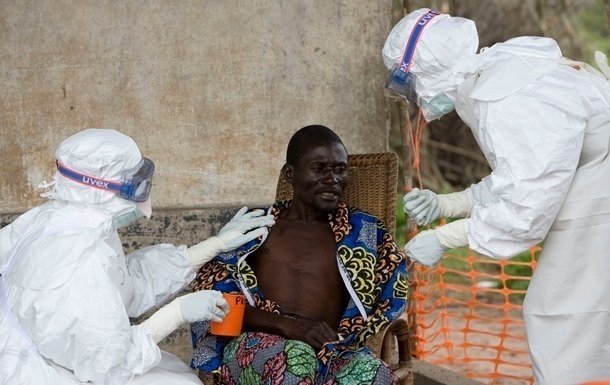 Ebola’s epidemic in 2014 demonstrated how easily deadly diseases overcome state borders and spread thousands of kilometers. But how can you assess the willingness of countries to stop another epidemic?

A new resource is called upon to help cope with this task. The portal PreventEpidemics.org provides information on how effectively countries are ready to fight the epidemic. Site visitors also have the opportunity to influence the degree of readiness of their country.

The head of Resolve to Save Lives, Dr. Tom Frieden, reports that the site points to weaknesses in the country’s antiviral defense and suggests ways to strengthen it. Previously, Friden led the Centers for Disease Control and Prevention.

The site on a 100-point scale assesses the country’s ability to detect, stop and prevent an epidemic. The rating is based on the expertise of the World Health Organization. On the readiness for the epidemic, the country is examined by local experts, then – by international experts, and only after that the site is assessed.

A rating of 80 points or higher indicates that the country is “well prepared” to prevent epidemics. According to the Washington Post, today only 9 countries have received this rating: America, Australia, Belgium, Finland, Armenia, Oman, South Korea, Slovenia and the United Arab Emirates. It is assumed that in these countries the epidemic will be able to quickly identify and stop.

A rating below 80 points means that the state “is not ready” to prevent an epidemic or it has to do “great work” in this direction. Such countries, for example, do not have a system for tracking diseases, or non-standard cases are not taken into account. In low-rating countries, the outbreak of the epidemic will take many lives, and the disease will spread to other states. 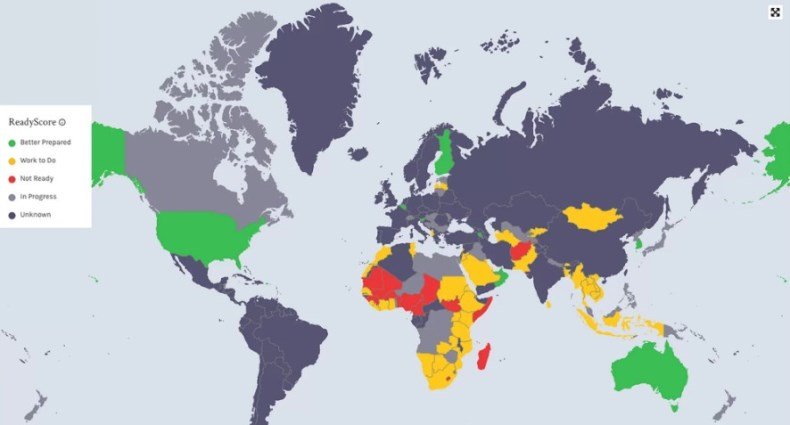 The degree of readiness of countries to resist epidemics of dangerous diseases (green – well-prepared countries, orange – there is still much to do, red – not ready, gray – in development stage, dark gray – no data)

Some countries are waiting for an assessment, and others refused to participate in the study.

Visitors to the site can increase the country’s preparedness for the epidemic by voting for participation in the rating or providing missing information for evaluation.

The site team reports: “The disease can spread around the world in just 36 hours. A country that is unable to detect, stop and prevent a virus, runs the risk of harming its citizens, its neighbors and the entire world community. “