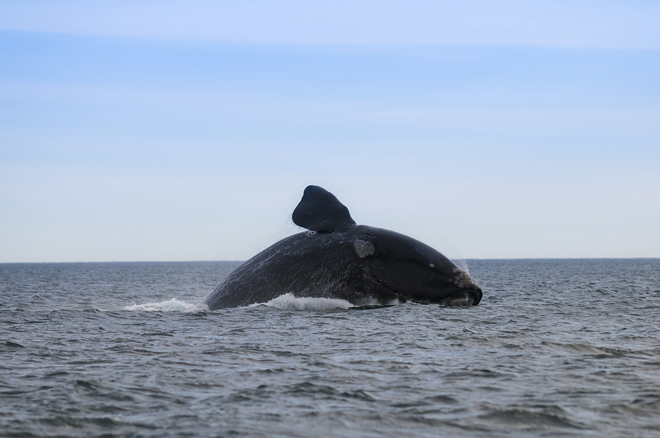 A record number of southern smooth whales was seen off the coast of Argentina. The Valdez Peninsula in the province of Chubut has visited 788 giants – so many marine mammals have not been here since 1971.

As reported by zoologists, in recent years, there have sailed much fewer whales due to unfavorable weather. But in 2017, the situation has changed for the better – not only the number of animals off the coast of Valdez has increased, but the number of newborn babies has also increased.

Scientists observe whales with the help of boats and helicopters. Each individual has an individual growth on the head, due to which zoologists can distinguish them.