A resident of Sweden has found a treasure of the Viking times and will receive $ 47,000 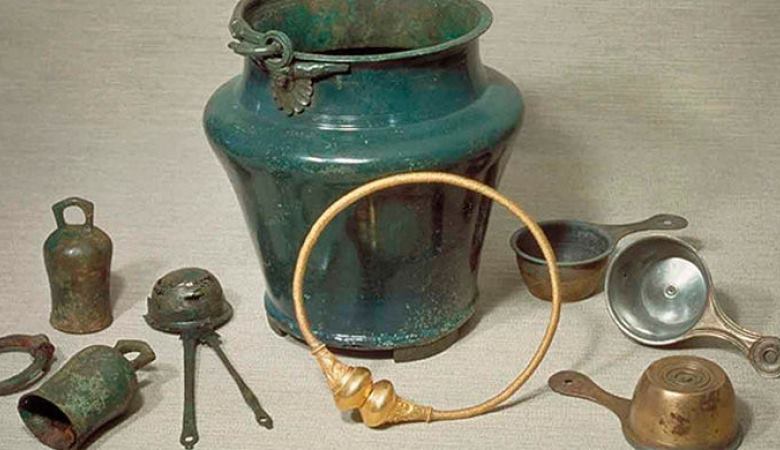 Five years it took the State Antiquities Department to finally pay the farmer from the island of Gotland a reward due by law for the discovery of the treasure of the Viking times.

In 2012, on the road passing by his land, there were construction works and the excavated land was transported from one place to another. Once, when he was there, the farmer noticed that something flashed in one of the heaps of the earth. Coming closer, and raked the ground and found a piece of a copper vessel, a gold coin and a silver needle from a round buckle. About his discovery, he reported to the Gothic Museum.

In the place immediately arrived archeologists and carefully examined it with metal detectors. Then excavations began, as a result of which scientists found a large treasure. It was in a container of several layers of thin copper with a lid 7.5 cm high and a circumference of 38.5 cm. The total weight was 1.7 kg.

The treasure basically consisted of coins of almost all known countries at that time, but besides them, there were also pieces of silver and some more or less well-preserved silver objects. As the chemical analysis showed, many of them had a very high silver content.

According to experts, this was an extremely unusual find, since treasures dating back to the time of the Vikings, it was in this place on the island that very few were found.

And now the Gotlander will receive the reward due to him, equal to almost 400 thousand kroner (47.4 thousand dollars). This decision was made by the State Antique Department. The amount determined by him was calculated on the basis of the “economic value of coins and items” of the treasure.

Gotland invariably attracts treasure hunters. Two-thirds of the silver treasures of the Viking Age in the world – thousands of kilograms of silver and tens of thousands of coins – were found on this island.

According to the Swedish laws, all items found during excavations must be transferred to the state, even if they were found in private possessions. Export of archaeological valuables from the country is punishable by a year of imprisonment. For many years it has been forbidden to bring metal detectors with them to the island.