A robot capable of building molecules has been created 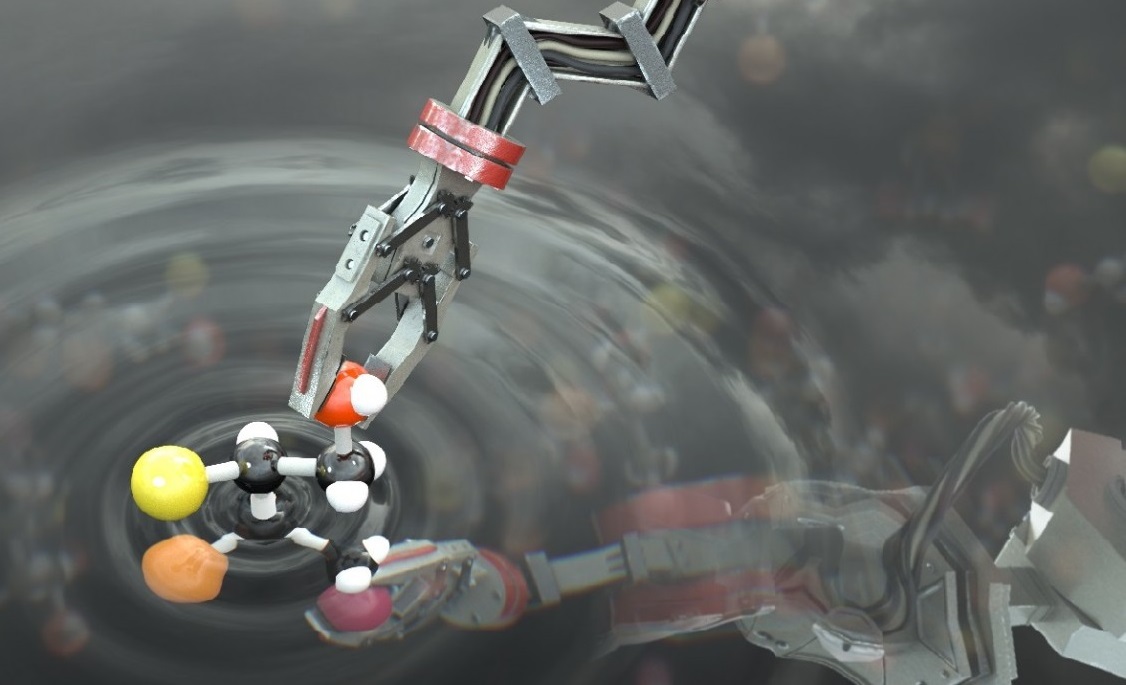 Scientists from the University of Manchester created the world’s first “molecular robot” capable of performing tasks at the molecular level, including the construction of other molecules. These tiny robots, whose size does not exceed one millionth of a millimeter, can be programmed to move and build a molecular load using a tiny robotic manipulator. Each robot is able to manipulate individual molecules and consists of 150 atoms of hydrogen, oxygen and nitrogen. For comparison: you need to add a billion billion of these robots to make them the same size with a granule of salt.

Robots work by transferring chemical reactions in special solutions that can be controlled and which can be programmed to perform basic tasks. In the future, such robots can be used for medical purposes, in industry and even for the creation of molecular factories and conveyors. The study was published in Nature on September 21.

Professor David Lee, who led the research in the chemical school at the university, explains this: “All matter is made up of atoms, and they are the bricks that form molecules. Our robot is literally a molecular robot assembled from atoms, like an ordinary robot made of LEGO bricks. The robot responds to a number of simple commands that are programmed through chemical introductions by scientists.

“It looks like a robot that collects cars in a factory. They lift the panel and position it so that it can be properly glued and built car body. So, like the robot at the plant, our molecular version can be programmed to position and rivet the components differently, creating different products, only on a much smaller scale at the molecular level. ”

The advantages of the size of such machines are that they significantly reduce the demand for materials, can accelerate and improve the search for drugs, significantly reduce power requirements and speed up the miniaturization of other products. Possible applications of molecular robots and so-called nanoassemblers, which can be created on their basis, are extremely wide.

“Molecular robotics represents the highest degree of miniaturization of machines,” says Professor Lee. – Our goal is to create and make the smallest possible machine. This is only the beginning, but we believe that in 10-20 years, molecular robots will be universally used in molecular factories and assembly lines. ”

While the construction and operation of such a tiny machine are extremely complex processes, the methods used by the Lee team are based on simple chemical processes.

“Robots gather and function using chemistry. This is the science of how atoms and molecules react with each other and how large molecules are assembled from those that are smaller. ”

“Similarly, scientists create drugs and plastics from simple chemical building blocks. After nanorobots are collected, they can be controlled by introducing chemicals that prompt robots what and when to do, as if in a computer program. “