A robot-fish is created, which ordinary fish is taken for 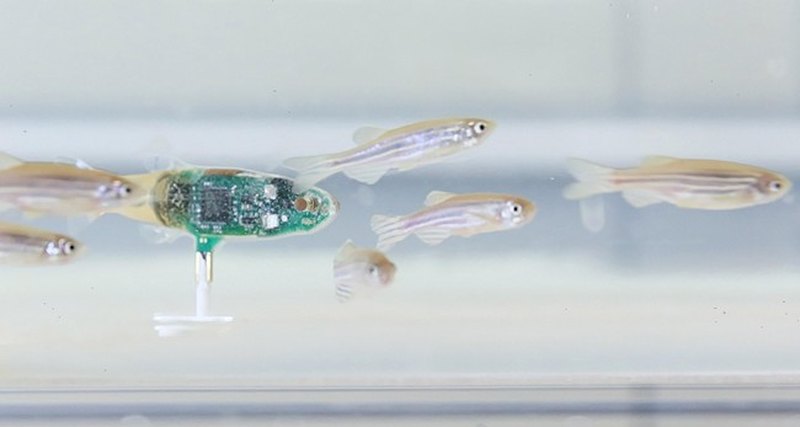 Researchers from the Swiss Federal Institute of Technology have chosen a variety of small fish because of their unexpected and spontaneous movement changes. Especially in this respect, zebrafish are interesting, which have a developed “sideline network”, a sensory network that appeared to fix the movement of water, and it allows the fish to sharply change direction, not alone, but as a whole group.

While developing the robot, not only the physical characteristics of the fish were taken into account, such as the shape, color and arrangement of the strips, but also the behavior in the packs: acceleration, average speed, distance between fish, swarm size, and even the rhythm of tail movement.

The researchers placed the robot in the aquarium and forced it to interact with five different flocks of zebrafish. The length of the robot is 7 cm, it is slightly larger than ordinary fish, but in all the others completely imitates real prototypes. Pisces took the robot into a pack without any problems, and the robot was able to simulate the behavior of fish, and after a while began to control the movement of the pack, prompting her direction.

Earlier, Swiss researchers have already made a robot, which they took for their cockroaches, but everything was simpler: the robotarakan simply had to release certain pheromones. The fish have much more criteria. This is the form, and movement, and vibration. But the robot has gone through all these indicators.