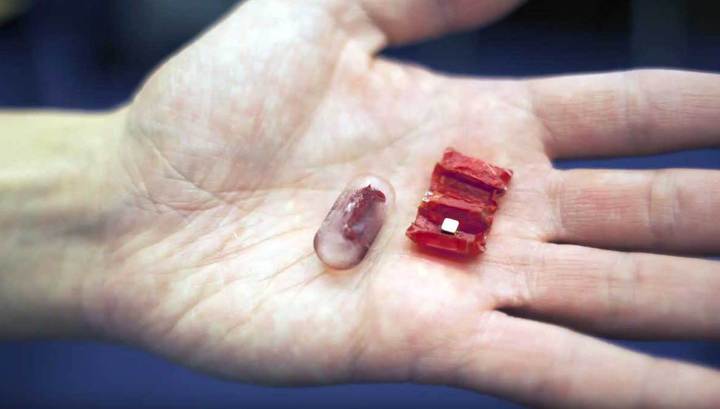 Engineers from Tokyo and the Massachusetts Institute designed a medical robot, capable of removing the human body from harmful foreign elements, such as batteries. The device is partially made from pork innards and formed on the principle of origami.

Published below footage shows how the robot works unique. It can penetrate the body and through the digestive system to get out of harmful hazardous elements.

According to scientists, their invention is extremely useful in everyday life, and especially for fellow engineers.

“Accidentally swallowed a miniature battery may result in chemical and thermal burns. If you don’t eject her for a long time, bleeding may occur, in which people can die,” said the authors of the project.

According to statistics, every year, Americans swallow more than 3.5 thousand items of supply.