A sedentary lifestyle is not as harmful as was thought 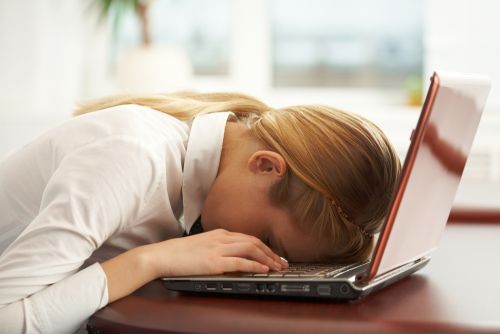 Many of you have probably heard that the so-called sedentary lifestyle – that is, when a person is most of their time (usually at work) holds in a sitting position – very harmful to health. So it turns out that these are just horror stories. At least to such conclusion the Australian scientists from the University of Sydney. This is the conclusion the researchers came as a result of experiment with participation of volunteers.

The experiment was conducted for 20 years, since 1998, and at the time of its beginning, all the participants (which is about 10 thousand people) had office work, which, as you know, most of the time had to sit on the fifth point at the computer. Everyone in history – the absence of diabetes and cardiovascular diseases.

In the experiment scientists conducted a survey of participants and maintain records of how much each of them spends every day of his time sitting, whether at work, at a party or watching TV at home. In addition, the researchers estimated the glucose level of the participants of this experiment.

By the end of the study it was found that in total, volunteers identified 402 cases of diabetes, however, scientists have not found direct evidence on the relationship between development of diabetes and the lifestyle of the people who participated in the experiment.

Scientists explain this by the fact that between the seat while watching TV and work Desk there is a huge difference and impact on health in each case is also different. When watching TV the human body is completely relaxed and actually not strained, except that when “potagasco” for the next portion of fast food in the form of crackers, nuts or even more fat and unhealthy food hamburgers and coke. In the case of a computer the human brain works hard and burns a lot of calories.

In addition, experts note that factors affecting the consequences of a sedentary lifestyle, very much. And the number of hours spent in a sitting position in my Desk chair is not crucial among these factors. Based on this, the researchers came to the conclusion that a rather popular phrase that “a sedentary lifestyle is the same as Smoking” — no more than fairy tales.

Emmanuel Stamatakis from the Center of Charles Perkinsa the University of Sydney, lead author of the study, confirms that the last few years, the dangers of a sedentary lifestyle are actively discussed:
“However, there is a difference between different types of behavior. What is good for the melancholic, the choleric is death. Also it is necessary to understand the difference between the time spent on the couch or chair in front of the TV and watching your favorite TV series, and the time spent in active brain activity at the computer” — says Stamatakis.

“It’s the fact that diabetes and cardiovascular disease are not always the result of a sedentary lifestyle. Although it should be noted that many of the people who participated in the experiment, quite a lot of walking every day – about 45 minutes.”

It should also be noted that this is not the first study on this topic. About a month ago, for example, ended in another large-scale study of this issue. The results were similar. The study conducted by U.S. scientists. They found that a sedentary lifestyle does not affect the appearance of diseases and leads to premature death. The results stated that the sores and cold people-riders and non-riders appear about the same. In this study participated about 5 thousand people. Over the last 16 years, researchers monitored the volunteers divided into two groups. In one there were people who regularly worked in the gym, and in the second, led a passive life, sitting on the couch or at the computer.

To make a small comment. Despite the findings of scientists from the United States, referred to above, I do not quite agree with them. At least simply because in fact is also lead a way of life and see how my life changed for the time spent “before the computer”, and after I began to lead such a lifestyle, Buchi the author of your favorite website. Here are just some of discovered by me disorders: professional sore all programmers and writers – tunnel syndrome (carpal tunnel syndrome), accompanied by pain of the fingers and hands from a long work at the computer