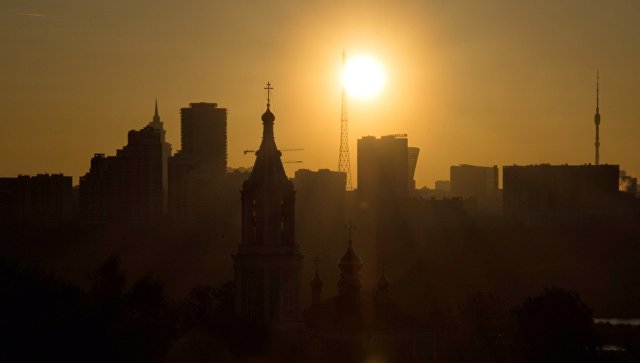 A significant increase in solar activity is expected in the next few days, according to the data of the space grouping GOES (NASA).

“The reason for the increase in activity is the appearance on the visible side of the Sun of one of the largest groups of sunspots this year, and, correspondingly, a significant increase in the magnetic and electrical energy in the solar corona,” note the specialists of the Laboratory of X-ray Astronomy of the Sun of the Lebedev Physics Institute of the Russian Academy of Sciences ) on your website.

On Wednesday, in comparison with measurements of daily prescription, the flux of X-ray radiation of the Sun, measured in the Earth’s orbit, has grown by more than 10 times. At the same time, there is a tendency to an even greater increase. Also, there were first signs of the resumption of flare activity. Prior to this, the last solar flare of level C (the minimum class that acts on Earth) was observed on March 30, that is, outbreaks on the Sun were absent for almost two months. It is very likely that the renewal of solar flares should occur before the end of the environment, experts added the Laboratory.

“It should be noted that despite the significant overall increase in activity, its peak values, which can be achieved during the upcoming surge, are expected at a moderate level – no higher than the level of M1.0, which is about 100 times lower than the record values ​​recorded in the history of observations The latter is due to the overall low reserve of flare energy on the Sun, given its location near the 11-year minimum of activity, “note astronomers.

In addition, now the group of spots is at a considerable distance from the so-called geoeffective longitudes on the Sun, from which the effect of solar flares on the Earth is maximum. The yield on these longitudes is forecasted in the last days of the month, May 30-31. At the same time, however, it is not clear whether the energy for maintaining the flare activity will be preserved in the whole by this time, is supplemented in the message.

“The most interesting question now is whether the expected burst of activity is a sign of the Sun’s exit from the state of a minimum, and it will be possible to respond to it only after a few days, when reliable data on the structure of the magnetic field of the group of spots appear, because, according to the peculiarities of this structure, However, with a probability of more than 90%, as long as the Sun continues to burn the remains of the energy of the previous cycle, and the release of a new, 25th cycle, will occur no earlier than the first half of next year, “- specify the special alists.