A skyscraper inside a giant sequoia 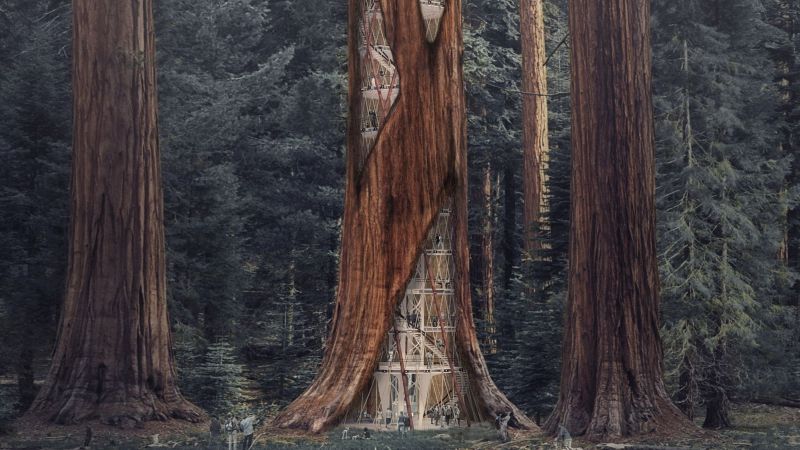 South Korean architects have developed an unusual conceptual design, according to which inside the empty trunk of a sequoia it will be possible to place a whole skyscraper.

The project entitled “Dedication: Monument to the giant” is not really going to exploit one of the most unusual tree species on Earth. This is more a mental experiment, which was developed in the eVolo 2017 contest for the design of the most futuristic skyscraper. This design received an honorable mention and was created rather not to build skyscrapers, but to remind people how grand these trees are, well, imagine ways to interact with nature, rather than destroy it.

“Architecture quietly fills the place inside the empty trunks,” the creators say, “without disturbing the landscape already created by the giants. And then the building becomes an artificial organ that replaces the decayed parts of the tree. ”

Inside the trees, the structural core will pass through the center, and an additional cell in the form of a grid will form an outer layer beneath the bark, which the sequoia can be thicker than 60 cm. The tree will have several platforms for educational purposes, laboratories, exhibitions and survey sites.

Such buildings will prevent the collapse of the rotten trunk, and no residential permanent premises inside such a skyscraper are not provided even theoretically. 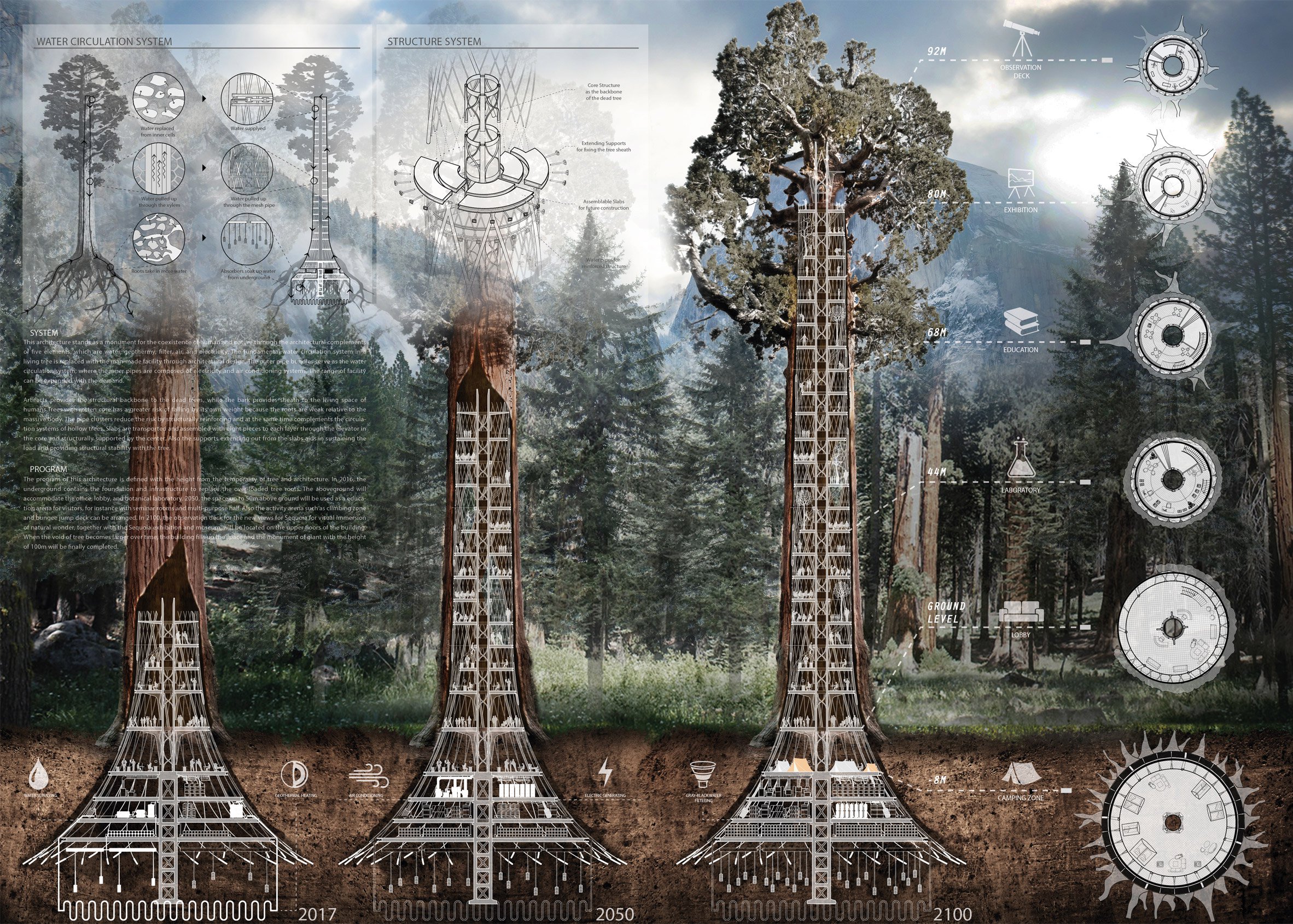