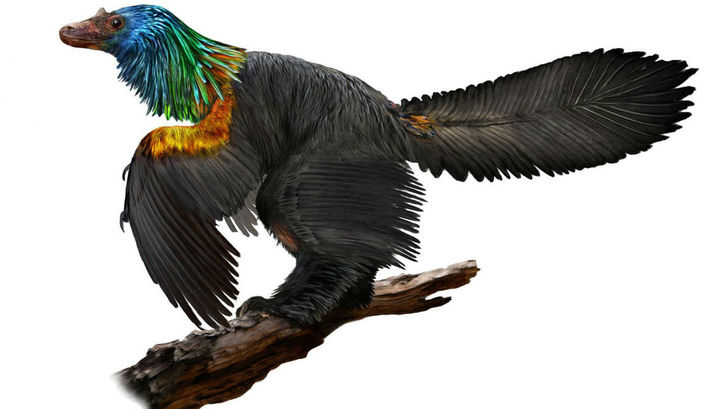 Several years ago, paleontologists, finally convinced that some dinosaurs were feathered, rethought what the appearance of the terrible lizards could be. Now there is evidence that the feathers of at least one dinosaur could be as colorful and iridescent as some of the modern bird species.

It’s about the ancient cave dweller Caihong juji. The name in Chinese means “rainbow with a big tuft”. The creature was relatively small: the size of a duck.

The feathered dinosaur lived on our planet approximately 161 million years ago in the Jurassic period in the territory of modern China. He was quite different from his closest relatives: he had a narrow skull and short front legs. The proportions of his body were more like birds than the group of dinosaurs to which he belonged. Note that C. juji is part of a group of small bird-like dinosaurs that lived in China during the Jurassic period. 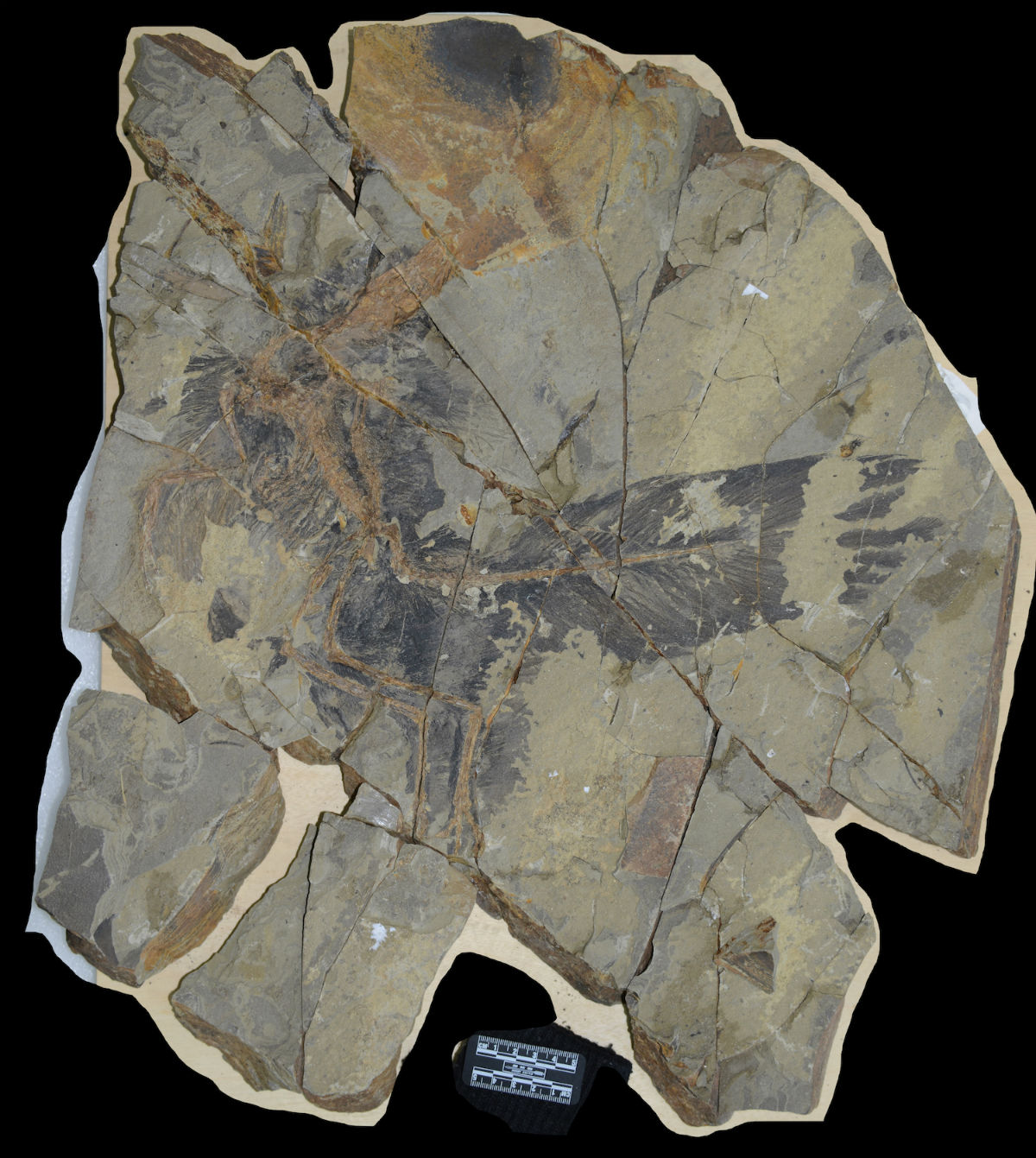 In a piece of stone found by a farmer in 2014 in China, the almost complete skeleton of a dinosaur has been preserved. And although the feathers themselves did not survive, the stone remains an imprint of the fossilized bones.

Analysis of petrified remains of the animal showed: on its beak was a scallop, and around its neck was a bright, iridescent “jabot” of feathers. The research team determined by analyzing the fossils that the ancient creature had bright feathers reminiscent of those of the hummingbirds.

The team of scientists who described the new dinosaur believes that such features could help the creature to attract the “soul mate”.
“The iridescent color is known to be associated with sexual selection, and we report the earliest detection of dinosaurs.The creature may have a pretty nickname – a rainbow, but it has an important scientific meaning,” says researcher Julia Clarke ( Julia Clarke) from the Jackson School of Geophysics at the University of Texas.

It’s hard to say for sure what color the feathers were on the neck. However, in the fossil remains remained many interesting details: for example, traces of melanosomes – organelles inside cells responsible for pigmentation. Specialists compared them with the same organelles of modern birds. And most of all they resembled those that are present in the overflowing feathers of hummingbirds.

In general, says the paleontologist and lead author of the study of Dongyu Hu from Shenyang University, the newly discovered dinosaur combined a curious “cocktail” of ancient and modern features, including bright plumage.

C. juji also had asymmetric feathers, which modern birds use to control the flight. But such feathers were located on the tail of the creature, and not on the wings, scientists say.

Further study of the ancient lizard will tell scientists how and why C. juji developed such a distinctive and unusual set of characteristics, while in other dinosaurs they were absent.

The results of the research are presented in the scientific publication Nature Communications.

We add that the authors of “Vesti.Nauka” (nauka.vesti.ru) told us about the discovery of the feathered tail of a dinosaur that many years ago had fallen into an amber trap. In addition, we wrote that, following the rethinking of the appearance of the ancient pangolin, scientists found that dinosaurs did not growl at all, as shown in science fiction films.